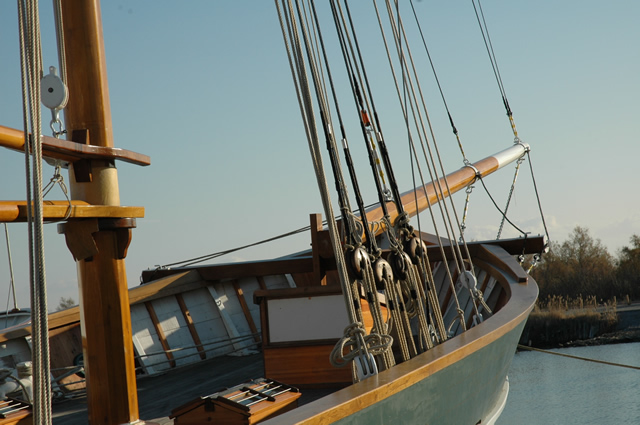 An Expedition in Morocco to Reconcile Man with the Ocean 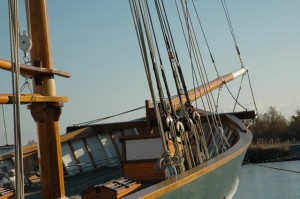 “The Changing Oceans Expedition”, aboard its “Fleur de Passion” boat, returned to Morocco last September to foster awareness, mainly among the youths, about the impact of a range of human activities on the health of marine ecosystems.
“Fleur de Passion”, a former minesweeper of the Second World War, fully equipped with scientific and communication gears, anchored for several days (Sept. 23 to 27) at the Marina of the Bouregreg river running between Rabat and its twin city Salé.
Groups of some 800 young visitors were welcomed onboard by an uncommon crew made up of scientists and environment protection advocates.
After a guided tour of the boat, the young visitors were invited to a video projection on the damage caused by human activity.
The scientists onboard made presentations and tried to explain how human activities impact and sometimes, not to say often, harm marine ecosystems. They stressed the vital need to protect the seas in Morocco, underscoring that the responsibility lies on the shoulders of all and every one. They also explained the key role of oceans in producing the oxygen breathed by the planet, as a way to make these youths understand how important it is to ensure the cleanliness of the seas and the beaches.
David French, who is leading “The Changing ocean expedition”, a UNESCO sponsored project which has been conducting since 2010 scientific and socio-educational missions, told the media that the purpose of the expedition is to reconcile man with the Ocean.
“In all countries there is a long way to go,” said David French, a Scotsman working for the Geneva- based Antinea Foundation. And Morocco is no exception, he said.
Morocco, a tourist destination par excellence, has a thousands kilometre long coastline – Mediterranean and Atlantic – and as is the case everywhere around the world, marine biodiversity is at risk.
In 2012, twenty Moroccan beaches have received the “Blue Flag” for the quality of the water and the cleanness of the sites, among others. But in parallel, 20 beaches out of 141 scrutinized before the summer were declared unfit for swimming.
According to the scientific mission of the expedition, studies conducted on many sites along the Moroccan coast showed that biodiversity and biomass were threatened by human impact. The threat comes mainly from sewage flowing directly on the beach, the expedition said in a release.
The Changing Oceans expedition conducted its first scientific mission in Morocco in 2010, in and around the national park of Al Hoceima.  The mission was supported by the local NGO, AGIR, and the national marine research institute (INRH).
In collaboration with UNESCO and the International Union for Conservation of Nature (IUCN), the Changing Oceans Expedition aims to establish the status of key marine ecosystems and marine protected areas. These snap shots, based on various studies and observations, will give scientists a reference for future research.
“Fleur de Passion”, equipped with the necessary gears enabling both scientists and communicators to reach the depth of the sea and the eyes and ears of the world, allows many talented researchers to get out where it matters, make new discoveries and share their findings with the world.
The Changing Oceans Expedition says on its website that it is about bringing people and the sea closer together through a journey of discovery. “It is about including everyone, whether an eco-volunteer, scientist or crew member (aboard or online) – to join in or follow the expedition from a computer screen in any part of the world,” it says.

North Africa Post's news desk is composed of journalists and editors, who are constantly working to provide new and accurate stories to NAP readers.
NEWER POSTMalta Hosts Five-Plus-Five
OLDER POSTSalafis and the paradox of Political Stability in Morocco and Tunisia