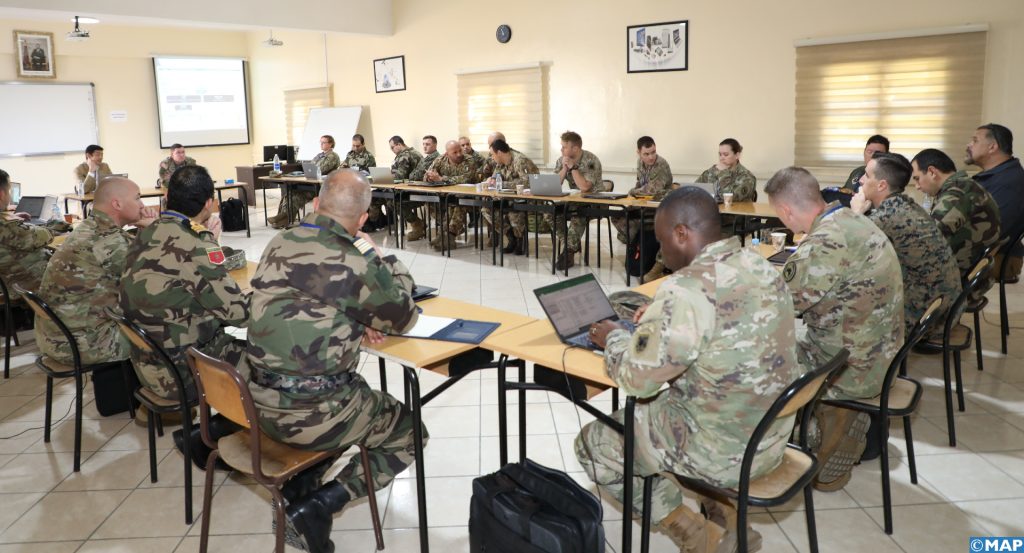 The master planning meeting of the African Lion 2023 exercise was held, at the level of the South Zone Headquarters in Agadir, January 9 through 20.

During the meeting, held at the instructions of King Mohammed VI, Supreme Commander and Chief of General Staff of the Royal Armed Forces (FAR), the representatives of the Moroccan and US armed forces discussed the modalities of execution of the various activities planned within the framework of the 2023 edition of the African Lion drills. They also proceeded to the reconnaissance and choice of sites where the exercises could take place, the General Staff of the FAR said Monday in a statement.

The American and Moroccan planners also agreed on the modalities of the joint musical show between the FAR and the 23rd Utah State Army Band which will be held on the sidelines of the operational activities of the African Lion 23, the statement said, noting that this performance is part of the commemorative activities planned on the occasion of the 20th anniversary of the bilateral cooperation between the FAR and the Utah State National Guard.

Considered one of the largest joint exercises in the world, Exercise AL23 will take place from May 22 to June 16, 2023, in the regions of Agadir, Tan Tan, Mehbes, Tiznit, Kenitra, Ben Guérir and Tifnit.

“African Lion” is the most important multinational exercise on the African continent. Its organization every year in Morocco for almost two decades reflects the strength of the cooperation relations between Morocco and the United States as a privileged strategic partner of the Kingdom.

The participation of several countries, especially African ones, in this annual event establishes Morocco as a credible partner, open and committed to its origins and to the ideals of the international community, in particular peace, security and co-development, the statement added.