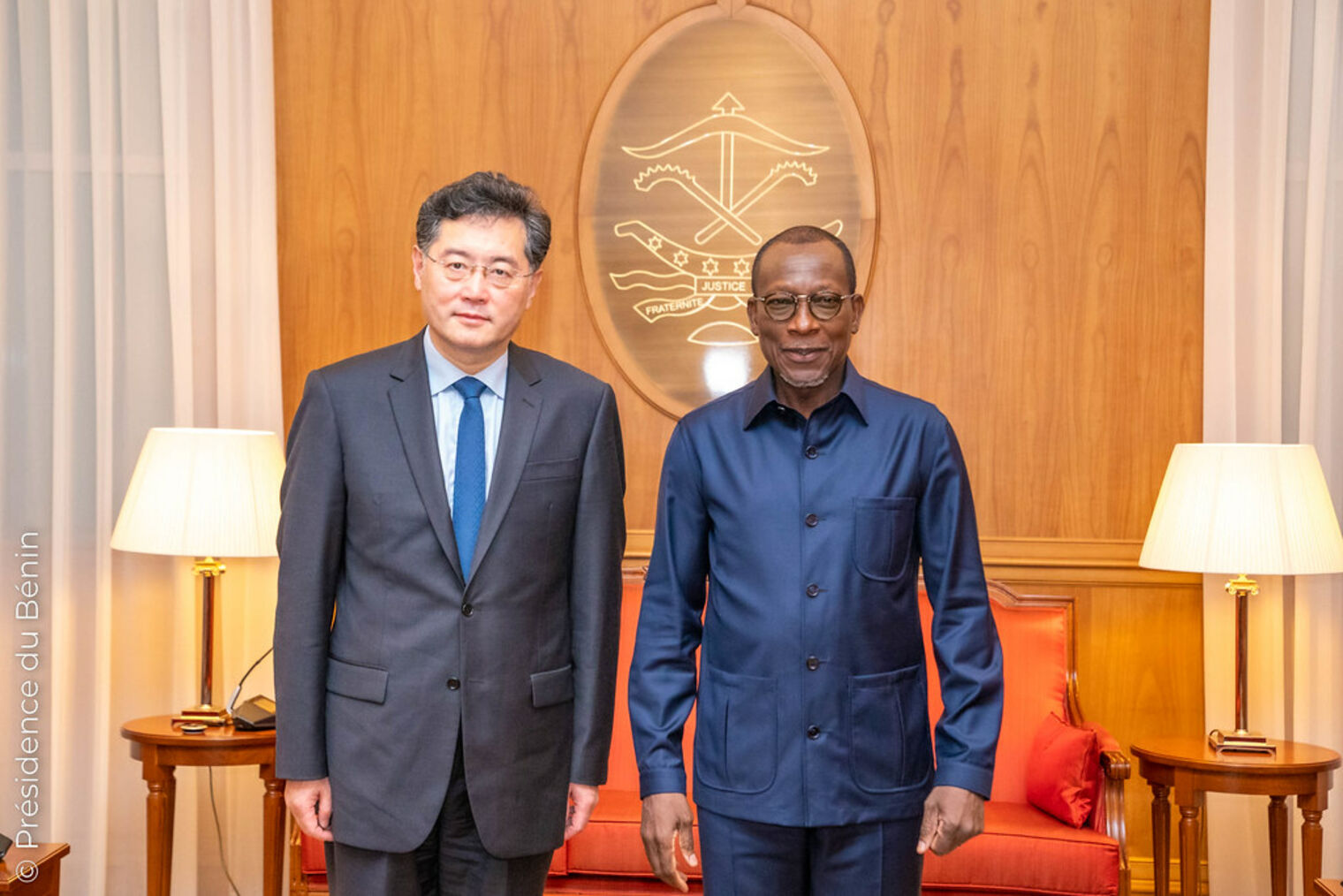 China and Benin signed a Memorandum of Understanding (MoU) on partial debt cancellation Saturday during the visit of the Chinese top diplomat Qin Gang to the African country.

“China intends to work together with Benin to implement the projects agreed by both parties in the framework of the implementation of the nine (09) programs of Africa-China cooperation for the next three years, programs retained during the Forum on China-Africa Cooperation. These are infrastructure projects in the manufacturing and health sectors. There are also priority cooperation projects on which our two countries must work to ensure implementation for the well-being of the Beninese people,” he said.

“I am thinking for example of infrastructure, agriculture, human resources training, manufacturing and peace and security,” he added. The Chinese foreign minister also visited the town of Glo-Djigbé to observe textile production.
The visit that follows the celebrations in December of 50 years of cooperation between the two countries heralds the implementation of a new strategy to increase the China’s presence in Benin.

Qin, China’s former envoy to the U.S. visited Benin a part of the African tour that included Senegal, Zambia and Egypt.