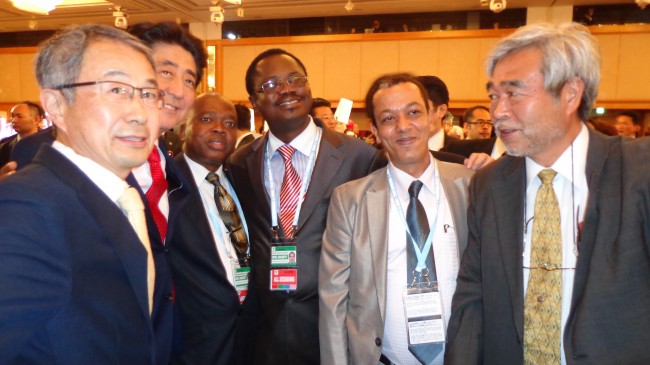 Japan, which lags behind other major economies when it comes to investment in Africa, has been increasingly concerned that the pandemic has weakened African economies and worsened their dependence on Chinese investment and aid.
US investment in Africa is seven times larger than that of Japan, that of the UK and France is more than six times larger, while China has also been rapidly increasing investment in Africa under President Xi Jinping’s Belt and Road Initiative. Japanese companies have traditionally been wary of committing to Africa, but with investment lagging compared to rival China and other global powers, Tokyo is urging its private sector to become much more active on the continent.
In 2019, Tokyo launched a new permanent public-private council to promote investment in Africa as it seeks to play catch-up with China, the US and Europe in the increasingly promising region. In March this year, Japanese Foreign Minister Yoshimasa Hayashi held talks with ministers from 50 African nations and committed to increase Japan’s cooperation with Africa. In pursuit of both economic and geopolitical objectives. Japan aims to catch up with other Asian and Western actors, moving from a focus on official development assistance to a private investment-based approach.
In recent years, Japanese investment stock in sub-Saharan Africa has been declining, falling from $12bn in 2013 to less than $6bn in 2021, with South Africa accounting for 70% of it. But the Japanese government hopes to change that, notably through its longstanding ambition to create a “Free and Open Indo-Pacific” that would embrace African coastal states such as Kenya, Mozambique, Somalia and Tanzania. Africa was once viewed as a source for raw materials for Japanese industries. Now, the government sees Africa as a potential market for the private sector. “The Japanese government will do everything possible to support Japanese companies expanding into Africa,” the late Prime Minister Shinzo Abe said.