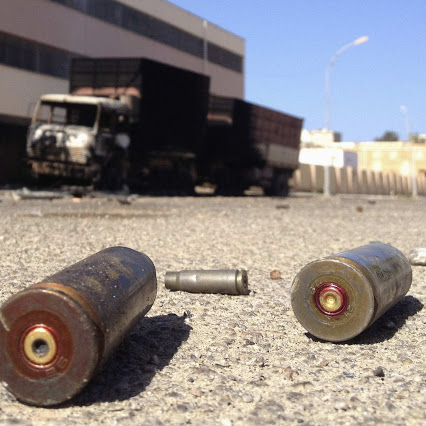 The unconditional humanitarian truce in Benghazi negotiated by the United Nations Support Mission in Libya (UNSMIL) between the Islamists and the forces of General Khalifa Hiftar aligned with forces loyal to the Tobruk government has come to an end. It was valid for a period of 12hours and started at 7a.m local time on 19 November although it can be extended if both sides could reach an agreement.

The truce enabled civilians who were caught in the violence to either flee the city or refill their stores with basic goods. The Libyan Red Crescent was also going to retrieve dead bodies and facilitate the removal of sewage from the affected areas. UNSMIL stated that the temporal ceasefire is a much-needed reprieve from violence since the fight started in Benghazi.

At the beginning of the week, the Tobruk government called for international help to rescue Benghazi because it has turned into a “disaster area.” Prosecutor Fatou Bensouda of the International Criminal Court told the UN Security Council last week that the “deleterious” situation in Benghazi posed a threat to media workers, human rights defenders and women in particular, as well as to prosecutors, judges and lawyers.

United Nations High Commissioner for refugees (UNHCR) published that at least 106,420 have fled their homes in October alone and 393,400 have been displaced since May.

Libya’s transition towards democracy has been the most turbulent in North Africa. Hopes started to rise when parliamentary elections were held in June but fighting started again forcing the elected parliament to flee the capital and seek refuge in the eastern coastal town of Tobruk. However, the build-up towards the parliamentary elections has been deemed “illegal” by the Libyan Supreme Court and the government was also termed “unconstitutional.”