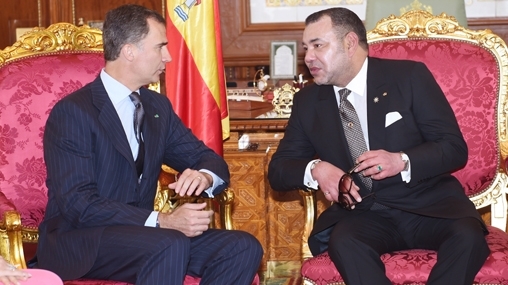 Morocco & Spain, a shared resolve to set up an innovative North-South partnership 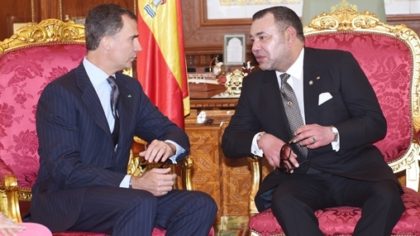 King Mohammed VI and King Felipe VI who is currently paying an official visit to Morocco are both determined to make of the relationship between their two countries an example of a strong and innovative North-South partnership for the well-being of both peoples.

The two Monarchs are also both resolved to have their countries contribute to peace, stability and prosperity in the Mediterranean basin and beyond.

This shared strategic vision was translated again on Tuesday with the signing of eleven agreements on the multidimensional strategic partnership binding the two countries.

The Morocco-Spain special relationship is actually the result of the two countries’ common will to inscribe this relationship in continuity and duration, to transcend political contingencies, and to further promote a state-to-state relationship based on common values and shared ambitions.

As a symbol of this enduring partnership, political and economic relations are constantly growing, making of Spain Morocco’s leading supplier and customer for five years in a row. In 2018, trade flows exceeded €12 billion and in view of this momentum, trade is expected to double over the coming few years.

Besides, given the geographical proximity between the two kingdoms, more than 1,000 Spanish companies are operating in Morocco and nearly one million Moroccans are settled in Spain.

The dynamic economic cooperation between Spain and Morocco has thus enabled the two neighboring countries to become important trading and financial partners who seek to set up an innovative North-South partnership.

North Africa Post's news desk is composed of journalists and editors, who are constantly working to provide new and accurate stories to NAP readers.
NEWER POSTAlgeria: Bouteflika, a ghost-candidate in a presidential race!
OLDER POSTFrench Le Piston to set up second air industry plant in Morocco