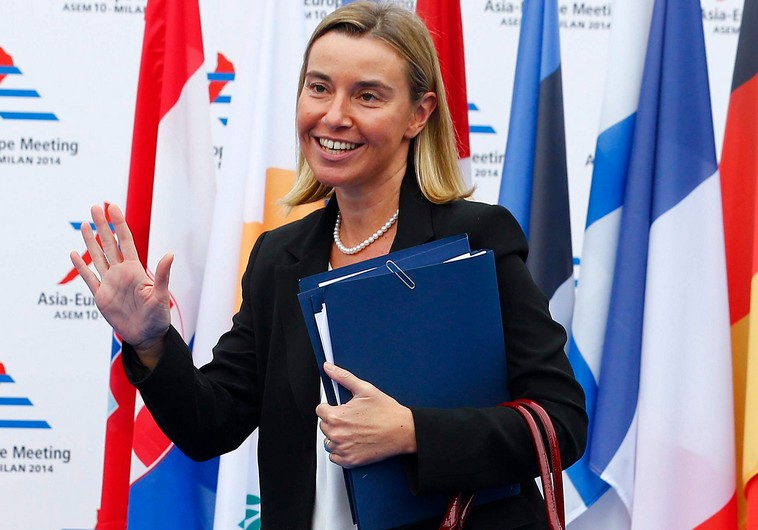 Palestine’s desire of statehood has received another boost after the newly appointed EU Foreign policy chief, Federica Mogherini, stated that it was time to establish a Palestinian state and not just stopping at recognizing it. Mogherini is preparing to visit the region by the weekend and has stressed that it was time to “move forward” with the Israeli-Palestinian conflict but added that the cooperation of regional countries is necessary.

In her first interview as the foreign policy chief, Mogherini said that she will “be happy if by the end of my term, a Palestinian state existed.” She will be in office till 2019. However, she lamented that “an entire generation” is coming up and yet the conflict remains unsolved. “We do need at this time the European Union to move forward” because Palestinians, Israelis and the Arab countries are still maintain the same terms since the conflict started, she said.

Last month, Sweden officially recognized the occupied territories as part of a Palestinian state while the British House of Commons voted massively for a recommendation recognizing Palestine as a state alongside Israel. Mogherini applauded Sweden’s courage of being the first Western-European state to make such a move but highlighted that “it is essential that European countries adopt a common initiative and speak with one voice” for the establishment of a Palestinian state.

Ahead of her planned two day visit to the Middle East, Mogherini also raised concerns about security in the region which has been marred with violence. She said overcoming the regions issues requires a “coordinated approach” from countries in the region who “so far have not shared a common interest.” During her visit, she will go to Tel Aviv, Jerusalem, Ramallah and Gaza.