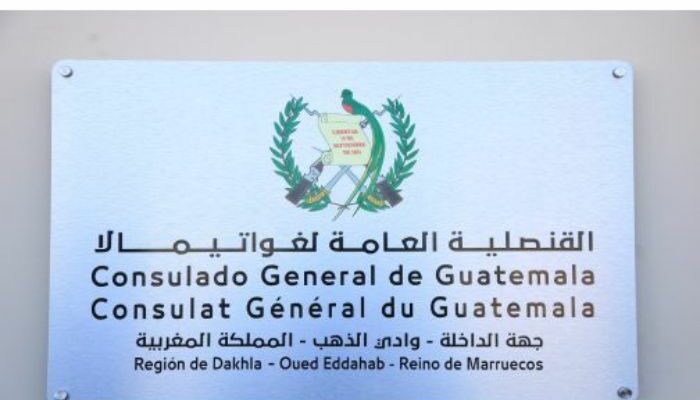 Guatemala opened this Thursday a Consulate in Dakhla, pearl of the Moroccan Sahara, joining the countries recognizing Morocco’s sovereignty over its Saharan territories and dealing a hard blow to the enemies of the North African Kingdom.

The inauguration ceremony was presided over by Guatemala’s Foreign minister Mario Adolfo Búcaro and the wali of the region of Dakhla-Oued Eddahab Lamine Benomar, in presence of many local elected officials and consuls of countries installed in Dakhla.

Guatemala, Foreign Minister Mario Bucaro Flores had announced his country’s decision to open a consulate in Dakhla last September following talks with his Moroccan peer Nasser Bourita on the sidelines of the UN General Assembly in New York.

The Guatemalan official had also voiced support to the autonomy plan offered by the Kingdom for a lasting resolution of the Sahara regional conflict.

“Guatemala deems the autonomy plan under Moroccan sovereignty as the solution to the Sahara issue and decides to open a consulate in the city of Dakhla to take advantage of its economic potential and openness onto the African continent,” the Guatemalan top official had said.

“We support Morocco on the Sahara issue and we will continue to support it forever,” he had said hailing the reforms made in Morocco under the leadership of King Mohammed VI and the role of the Sovereign and his contribution to conflicts’ resolution in Africa and the Arab world by peaceful means.

The opening of this new diplomatic representation brings up to 28 the number of consulates installed in Morocco’s southern provinces (16 in Dakhla and 12 in Laayoune).