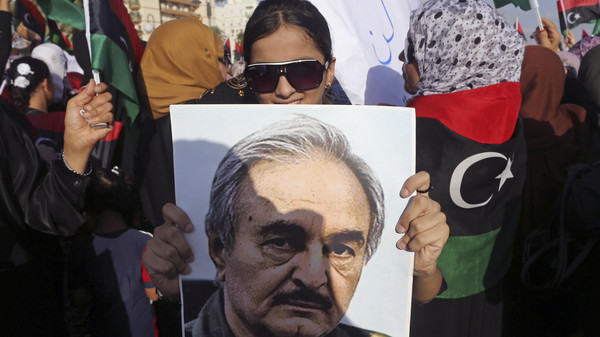 The internationally recognized parliament in the eastern town of Tobruk has decided to join hands with the renegade former general, Khalifa Haftar, to fight against the Islamists. The move is contradictory to the parliament’s previous call for all armed groups to lay down their arms. Haftar has recently launched Operation Dignity in his fight against the Islamists in Benghazi.

National security forces such as the police or the army are quasi existent in Libya. The internationally recognized government and parliament barely have a say in the internal affairs of the country as they continue to seek refuge in Tobruk after being forced away from Tripoli by the Islamists. The latter has since then set up its own assembly and administration in the capital.

The decision to endorse Haftar might also worsen a conflict between the House of Representatives, allied to the internationally-recognized government of Prime Minister Abdullah al-Thinni, and the new rulers of Tripoli.

However, Haftar’s fight against the Islamists in Benghazi has not changed opinions about him in Misrata. He is considered as a Gaddafi loyalist staging a counterrevolution with other officials of the former regime. Haftar contributed to the arrival of Gaddafi in power in 1969 but they went separate ways in the 1980’s.

Since the fall of Gaddafi, three years ago, Libya continues to be entangled in violence which has led the country to a civil war. Neighboring countries have raised concerns about the violence spilling over.