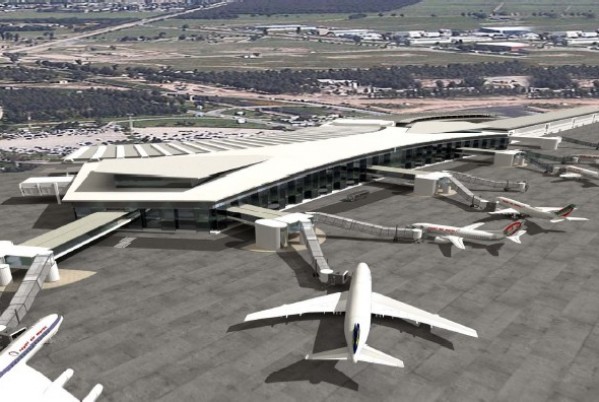 Moroccan and U.S. airports are poised to upgrade their technical cooperation notably through the exchange of information in statistics and financial data and the regular sharing of the best practices for airports personnel.

The two parties undertook to enhance their cooperation under an agreement signed on Thursday between ONDA, Morocco’s airport authority, and Dallas-Fort Worth Airport on the sidelines of the US-Morocco Trade and Investment Forum held in Dallas, Texas, on Thursday.

Under the agreement, the two sides will also explore cooperation opportunities in the field of marketing and promotional activities to increase passenger traffic and air cargo between Dallas airport and Casablanca International Airport, facilitate journeys for US and Moroccan businessmen interested in each other’s market and boost economic exchanges between the two countries at large.

The 2014 Trade and Investment Forum, which builds on the success of the Free Trade Agreement signed in 2004, was meant to highlight Morocco’s advantages over other countries, such as its economic stability, its skilled workforce, and the fact that it stands at the crossroads of a major international exchange route linking the U.S., Europe, Africa and the Middle East.

The organizers of the Forum mentioned among Morocco’s other advantages its location as a business portal to Africa and Europe, free duty access to markets with more than a billion consumers in 55 nations, macroeconomic stability, and vibrant, globally dynamic aeronautic and automotive industries.

The Forum was also destined to strengthen business ties between the two nations and explore unique investment opportunities for US companies in Morocco and its networks throughout Africa, where it became in 2013, the second largest African investor.

“Recognizing Morocco’s foundation of progressive government, its powerful Free Trade Agreement with the United States, and its “Advanced Status” with the European Union, the forum is designed to show that Morocco is open for business and ready to partner with U.S. industry and businesses,“ said a press release by The Moroccan American Trade and Investment Center (MATIC).

The American and Moroccan officials and business leaders who flocked to Dallas to attend the Forum debated cooperation prospects at the level of sessions covering aeronautics and manufacturing, infrastructure and logistics, finance, and energy. The energy session addressed potential investment opportunities in Morocco’s renewable energy and onshore and offshore oil and natural gas explorations.

Next wednesday Morocco will be at the focus of a conference to be hosted by London under the topic “Morocco, Africa’s Business Gateway.”

The conference, as put by Morocco’s ambassador to GB Lalla Joumala Alaoui, will consolidate the North African Country’s position as a launching pad towards emerging economies in Africa and will help British enterprises in their endeavors to expand in high-growth markets.

The conference will focus on financial services, energy and industry, all sectors that have great potential for establishing new business relationships across the African continent.