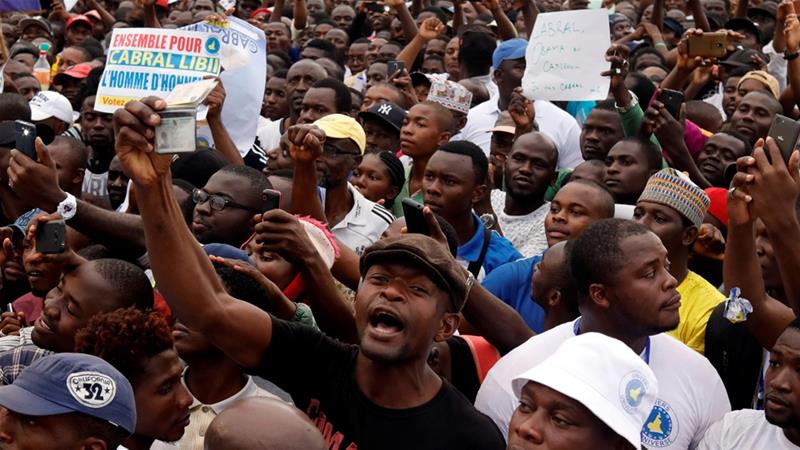 Thousands gathered in Cameroon’s capital, Yaounde, Sunday (6 November) to celebrate the 40th anniversary of President Paul Biya’s coming to power but the 89-year-old stayed out of the spotlight as questions swirled about the only leader most of the Central African country’s people have ever known.
Biya has not appeared in public since French President Emmanuel Macron visited in July. Decrees and photos of Biya receiving various diplomats are regularly posted on the president’s social media accounts. “Since our father took power we live in peace — he protects us well,” said one of Biya supporters, adding “May God keep him.“ However, critics of the Biya regime were wearing black Sunday amid the celebrations. “6 November is considered a day of national mourning because Mr. Biya inherited a rich, prosperous and growing country,” said one of his critics. “And he set about unraveling every sector of life and society.“ Biya’s critics blame him for endemic corruption, bad governance and rare public appearances.
Biya is Africa’s second-longest serving leader, only after the president of Equatorial Guinea, Teodoro Obiang Nguema Mbasogo, has been in power since 1979. Biya was Cameroon’s prime minister and became president in 1982 after his predecessor, Cameroon’s first president following the country’s independence from France, stepped down due to health reasons. The majority of appointments Biya made in the ensuing years were members of his own southern Beti ethnic group, which quickly grew to dominate senior prefect positions and the prime minister’s office. When the country’s first multi-party election was finally held in 1992, Biya bested his opposition rival by just 4% points. But human rights groups have accused him of brazen strongman tactics, including torture and intimidation of his opponents to maintain his power.