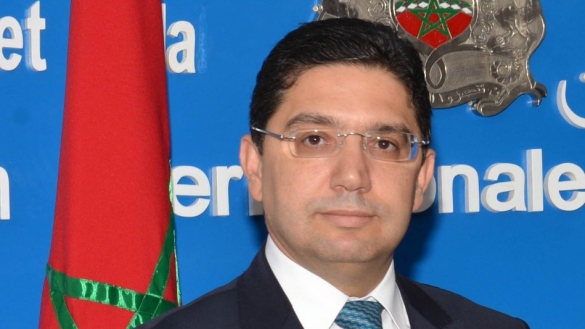 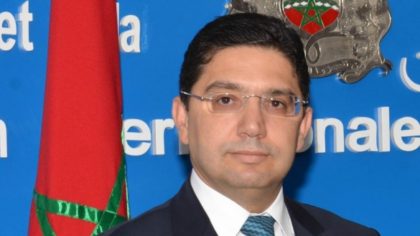 Moroccan Foreign Minister Nasser Bourita is currently touring a number of European capitals to explain to his interlocutors the latest developments of the Sahara issue, following the incursions of the Algeria-backed Polisario in the buffer zone, east of the Moroccan defense berm.

Bourita’s talks are also covering ways to strengthen partnership between Morocco and the visited countries and other issues of mutual concern, Morocco being a key partner of Europe in security, counterterrorism and struggle against illegal migration, to mention but a few.

After a visit to Paris, where he met French Foreign Minister Jean-Yves Le Drian on Tuesday, Nasser Bourita arrived in Berlin on Wednesday for talks with his German counterpart Heiko Maas.

Talks between the Moroccan and German officials will cover bilateral cooperation, relationship between Morocco and the European Union and Morocco’s territorial integrity.

Germany, which has friendly relations with Morocco, will join the UN Security Council in 2019 as a non-permanent member.
A Moroccan governmental source told local media that the Foreign Minister is not planning to meet the UN Secretary-General’s Personal Envoy for the Sahara, German Horst Kohler, whose offices are based in Berlin.

Bourita’s tour is taking place against the backdrop of the Polisario’s latest provocative acts in the Moroccan Sahara, as the separatist front deployed armed elements in demilitarized areas, including, in Mahbes, Tifariti and Bir Lahlou, to the east of the Moroccan defense berm.

Morocco made it clear in a letter to the Security Council on April 1 that it shall not tolerate the transfer of any military or administrative structure of the Polisario to the buffer zone that is under the exclusive control of the MINURSO, in line with the ceasefire agreements signed in 1991.

On this occasion, the United States expressed its commitment to United Nations-led efforts to find a peaceful, sustainable, and mutually acceptable political solution to the long-standing dispute over the Sahara.
He later on flew to New York to hand the UN Secretary General Antonio Guterres a written message from King Mohammed VI related to the developments in the buffer zone.

He also handed the UN Chief as well as the President of the Security Council, Peru’s Permanent Representative Gustavo Meza-Cuadra, several evidences of the Algeria-backed Polisario’s breaches of the 1991 ceasefire in the Sahara.