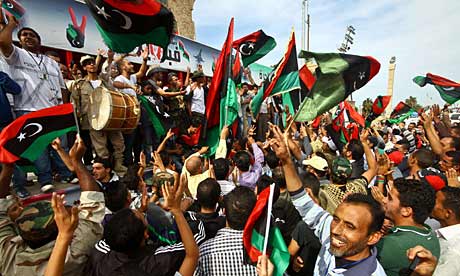 Two important political institutions in Libya have taken their challenge of being the country’s legitimate representative to another level as the country deepens further into turmoil. Libya has two Prime Ministers claiming legitimacy and they both took time to denounce the other as each side promised victory to its supporters. The country has two parliaments and two premiers; each of which is based in Tripoli and Tobruk respectively.

Prime Minister Abdullah Al Thinni is based in Tobruk but during a televised message, he gave assurances that “the government will return to Tripoli sooner than later” and said “what is going on in Tripoli is an attempt to divide Libya.”

Tripoli fell into the hands of armed groups mostly from Misrata last month. They have established a rival assembly and cabinet.

The international community recognizes Prime Minister Al Thinni as the legitimate representative of the North African country. Al Thinni has called on “all elders to hold talks for the interest of Libya” and urged the armed groups to “surrender and leave Tripoli.” He promised to form a government that will include all parts of the Libyan society.

Another Prime Minister Omar Al Hasi based in Tripoli and appointed by the parliament that was established by the armed groups promised his supporters that they are “going to renew the victory” in 2014 like they have done in 2011 during his speech at a pro-Misrata rally held at Tripoli’s Martyr Square this weekend. “Inevitably we will win, inevitably we will win” he said confidently.

The tussling between the Tobruk based parliament and Prime Minister with that of Tripoli shows that the hope of a political transition is still in jeopardy. Tribes and armed groups are becoming more influential than the government.