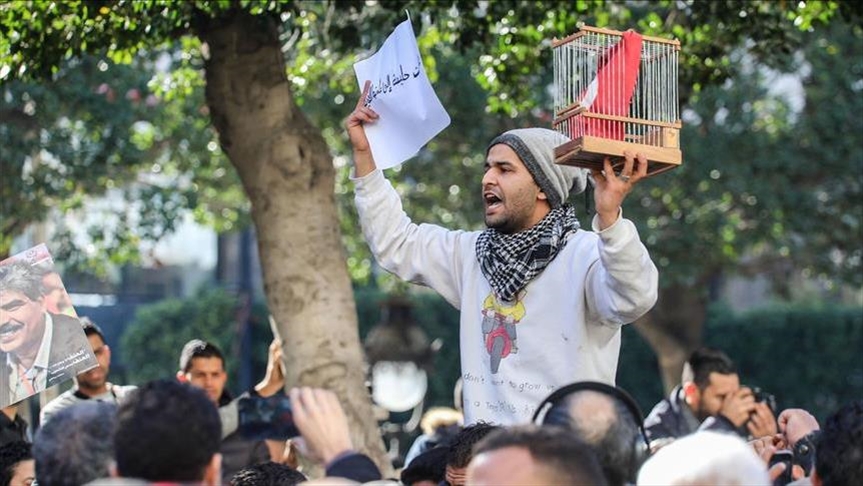 Algeria has managed to vassalize its cash-strapped neighbor, Tunisia, which is now mimicking its larger neighbor including on human rights violations and oppression.

Human Rights Watch has released on Sept 26 a report shedding light on the ordeal of Slimane Bouhafs, a Kabyle refugee registered with UNHCR who was kidnapped in August 2021 by Algerian secret agents in full sight of Tunisian authorities.

Bouhafs is a peaceful Kabyle independence activist of Christian faith. He sought refuge in Tunisia to escape political and religious oppression in Algeria. His case is a blatant breach of non-refoulement which bans forced returns of people who might face persecution.

“Tunisian authorities should investigate his apparent abduction and forced return to Algeria, and hold anyone found responsible to account,” Human Rights Watch said.

Bouhafs’ family told the rights watch dog that the men who abducted him put a bag over his head, took him by car over the Algerian border and to a police facility in Algiers, and threatened him during the ride.

The UN independent human rights experts had asked the Tunisian and Algerian governments to explain any steps they had taken to transfer Bouhafs from Tunisia to Algeria.

His case highlights the human rights violations risks in Tunisia under pressure of an Algeria that is intent on labelling all dissidents as terrorists.

Amnesty International has issued a report last July denouncing Tunisia’s backpedaling on rights and democracy as President saied continues his crackdown in the process of consolidating key powers in his hands. He undermined the independence of the judiciary and persecuted dissident voices, following the Algerian example.

“The one-year anniversary of President Saied’s power grab serves as a signpost of an ever-growing dismantling of human rights protections. Ruling by decree and without oversight or review, the president has undermined several key human rights achievements that the country has made in the ten years following the 2011 revolution that ended the rule of former President Ben Ali,” Amnesty said in its report.

North Africa Post's news desk is composed of journalists and editors, who are constantly working to provide new and accurate stories to NAP readers.
NEWER POSTJapan reaffirms its non-recognition of polisario separatist Entity
OLDER POSTEBRD expects Morocco’s growth to slow to 1.1 % in 2022 & rebound to 3.3 % in 2023