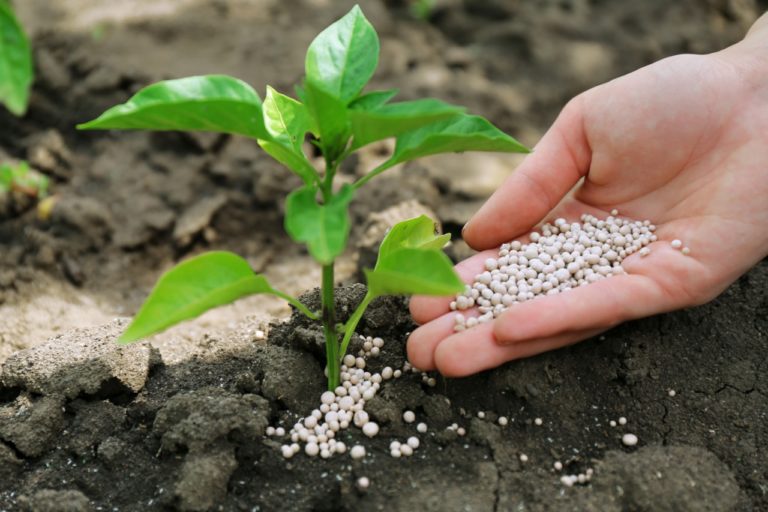 With an estimated 346 million people across Africa being negatively impacted by a severe food crisis, according to the Food and Agriculture Organization (FAO), a fertilizer boom is breaking out on the continent, even as environmental and green farming activists call for caution.
Africa has barely used fertilizers, as only 6% of the continent’s cultivated land is irrigated, and the average fertilizer consumption in sub-Saharan Africa is estimated at 17kg of nutrients per hectare of cropland, according to the Alliance for a Green Revolution in Africa (Agra). That is only a drop in the ocean when compared with a world average fertilizer consumption of 135kg/ha. To that end, at the just-ended African Green Revolution Conference (AGRF) Summit in Kigali, Zimbabwe’s President Emmerson Mnangagwa, has recently urged Africa to increase fertilizer use, irrigation and thermal power in order to ensure food security.
Zimbabwe, which suffered a failing economy and sanctions imposed by Western powers for two decades, now offers a rare example on food security policies and programs. For example, with multiplied irrigation and fertilizer use, the country has increased its wheat production from a three-month supply to a 15-month supply, according to the country’s Ministry of Agriculture. But while Africa won’t become self-sufficient in food overnight, fertilizer use and irrigation are touted as key tools to achieve this strategic objective. “If there is anything close to being a silver bullet that guarantees food security in Africa, it is good leadership. We can outsource technology but we cannot outsource good leadership,“ says Enock Chikava, the Director of Agricultural Development at the Bill and Melinda Gates Foundation.
Tanzania is among those that have acted fast. The government introduced a three-year program that will see the construction of dams for irrigation in each of its regions and is also constructing a second fertilizer plant to benefit the 65% of its population that are engaged directly in farming. In Rwanda, President Paul Kagame sees the possibility for greater diversity in Africa to agriculture. He argues that Africa has enough biomass and resources to shift to organic farming, and stop being too exposed to external shocks. “The food crisis is a serious one and in order to deal with it we need to develop a sense of urgency…to treat food like a business,” he said during the recent AGRF summit. “If you look at the crisis in Ukraine, the whole of Africa suffers because we cannot get wheat or fertilizer. All these are lessons we should learn from; but these lessons have been here for a long time. We need to act quicker.”