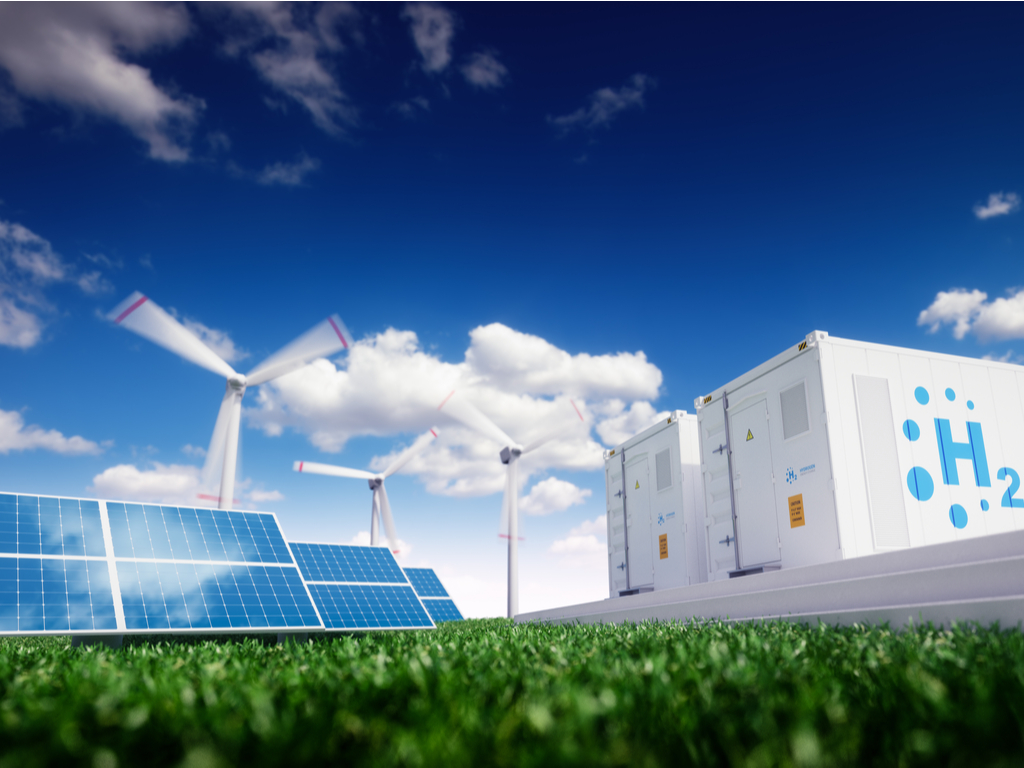 Namibia’s first ‘green hydrogen’ power plant — and also first one being built in Africa — which is expected to begin producing electricity in 2024, presents the southern African country with a dilemma: while Namibia is championing the clean energy, it also announced earlier this month that huge oil deposits had been discovered off its coast.
Green hydrogen is produced by using renewable energy — like wind and sun, both of which Namibia has in abundance — to power the electrolysis of water. While Namibia’s first ‚green hydrogen’ plant is due to open in less than two years, at the same time, oil companies Total and Shell recently discovered oil deposits, estimated to amount to more than 1 billion barrels, about 290 kilometers off the Namibian coast.
According to some, Namibia should forsake oil drilling and focus on green hydrogen, a much-touted energy source of the future. However, as Herbert Jauch, the head of a local nonprofit, the Economic and Social Justice Trust, explains, this is “tricky” for Namibia to give up possible oil revenues when advanced nations are still making heavy use of fossil fuels, even as carbon emissions cause global warming. But others, like Maggy Shino, an official at the Ministry of Mines and Energy, caution that it will take years before Namibia could become an oil-producing nation.
According to Namibia’s Minister of Mines and Energy Tom Alweendo, even though the country may begin to produce oil in two year’s time, it would also face stiff competition from other African countries, and its citizens should not expect a financial windfall from oil revenue. Having recently returned from a conference in Senegal’s capital, Alweendo notes that “Senegal has discovered a lot of oil; so has Ghana; Uganda has oil, although they have not produced yet. So has Equatorial Guinea, so has Angola, so has Nigeria.”