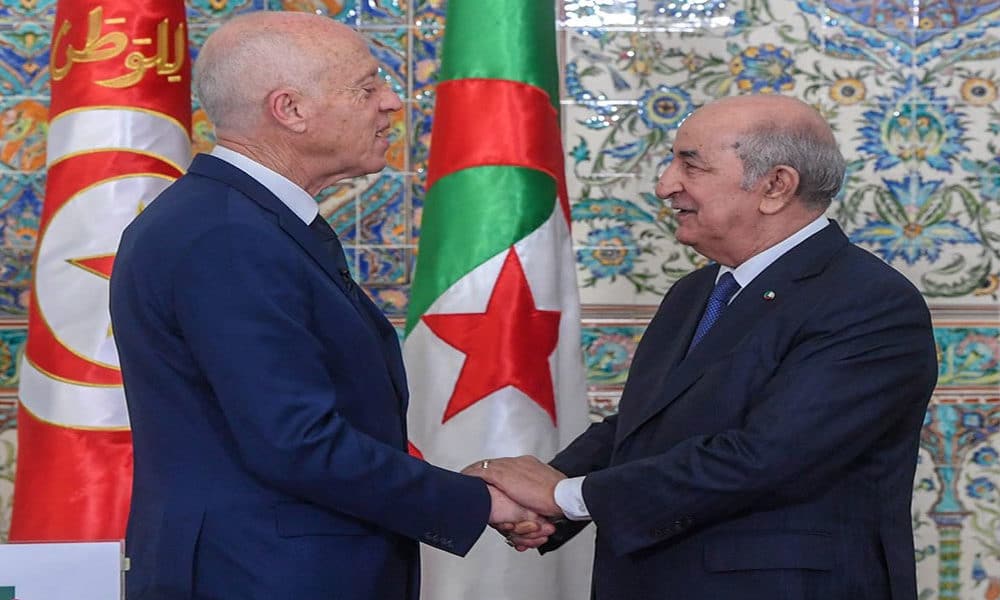 President Kais Saied of Tunisia has led his country to become a vassal state of its autocratic neighbor Algeria, a status that is now taken as a fact by international media.

To mention but a few, two leading publications in Europe and the US have told the story of Tunisia’s fall from a model of democracy in the Arab world to a vassal state surviving on the charity of its military-run neighbor.

Foreign policy was the latest of international media to take interest in Tunisia’s eroding sovereignty in tandem with its economic demise. In an article entitled “Is Tunisia Abandoning Morocco for Algeria?”, Simon Speakman Cordall explains how Tunisia has abdicated sovereignty over its foreign policy in exchange for Algerian gas and few tourists.

The narrative of Cordall, a Tunis based reporter, remains flawed with a pro-Algerian narrative in support of the Polisario’s waning separatist cause. He spoke to Polisario members only to corroborate his arguments and omitted any reference to a Moroccan source, leaving his article biased and unbalanced to say the least.

In an article entitled “Western Sahara: Algeria recruits Tunisia in its conflict with Morocco,” Frederic Bobin explains how Algeria weaponized gas and tourism flows to force Tunisia to abandon its neutral stand on the Sahara.

Fearing a normalization of ties between Tunis and Tel Aviv, Pro-Iran Algeria used its resources to force Tunisia to become a satellite state.

“Tunisia was the weak link to control at all costs,” wrote Bobin, who recalls that President Saied understood that to keep buying gas at lower prices he had to trade his country’s neutrality on the Sahara issue at the expense of ties with Morocco.

Algeria took advantage of Saied and placed him between the Polisario militias chief and Mahmoud Abbas of the Palestinian authority during the independence anniversary parade in Algiers. Afterwards, Saied offered a reception to Polisario chief treating him like a head of state as an ultimate prize to the Algerian regime.

Abdou Semmar, an Algerian dissident journalist based in France, said now no major decision can be taken in Tunis without the approval of Algeria.

He said this domination of Algeria’s military regime augurs ill for Tunis which has become an Algerian province where human rights violations and autocracy are on the surge.

Algerian security apparatus is now free to act in Tunis, arresting people and opponents like Slimane Bouhafs, a Kabyle independence activist who was registered with the UNHCR as a political refugee.

The erosion of Tunisia’s independent foreign policy came as Tunisia heads straight to bankruptcy with queues for sugar, flour, coffee and other basic goods becoming an ordinary scene in Tunisian streets just like in its mentor state Algeria. The two countries are now partners in autocracy and bad governance.