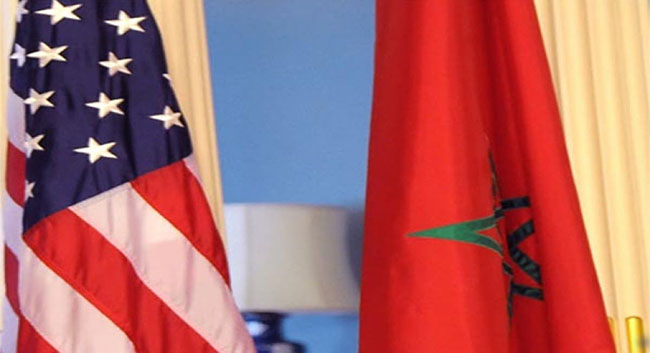 The Moroccan-US disaster management exercise “Morocco Mantlet 2022” is held this September 12 to 23 at the Rescue and Salvage Unit of the Military Engineering and the 3rd Air Base of the Royal Air Forces in Kenitra.

The exercise, held at the instructions of King Mohammed VI, Supreme Commander and Chief of General Staff of the Royal Armed Forces (FAR), features seminars and training sessions for the benefit of executives and intervention modules as well as field trainings. American and Moroccan military authorities are planned to visit the various training sites, said the FAR General Staff in a statement.

On the sidelines of this exercise, Lieutenant General Belkhir El Farouk, Inspector General of FAR and Commander of the South Zone, received this Tuesday, in Rabat, Major General Michael Turley, Commander of the National Guard of the State of Utah, who is paying an official visit to the Kingdom, at the head of a military delegation, September 19 to 22.

The two officials reviewed various aspects of bilateral cooperation, while stressing the importance of the commitment of the National Guard of the State of Utah and FAR to further strengthen their partnership as well as the ties that exist between Morocco and the United States, the statement said.

“Morocco Mantlet” is a combined disaster management exercise that annually brings together specialized FAR disaster management teams and Utah State National Guard teams as well as the U.S. Risk Management Agency. One of its goals is to develop technical and procedural interoperability between the specific modules of the responders.

Morocco and the US have a close military relationship that includes over 100 annual joint military training operations. The annual African Lion exercise program is the culmination of this relationship and is the largest annual military exercise in Africa.