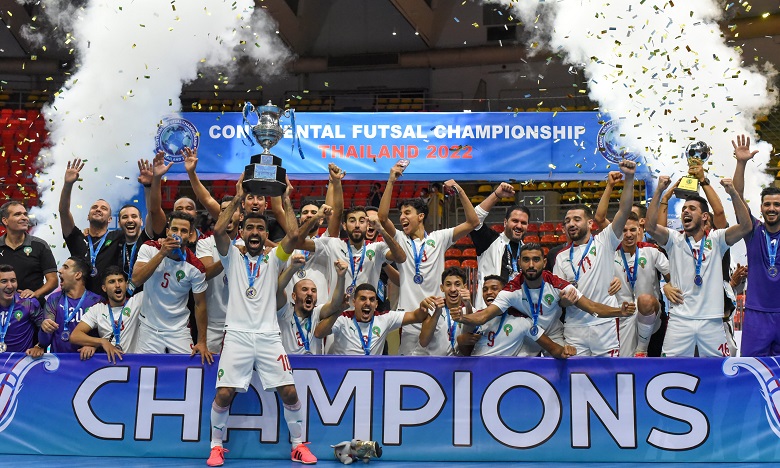 Morocco won the 2022 continental futsal championship on Friday after defeating Iran 4-3 in the final game of the competition in Bangkok.

The goals of the Moroccan Futsal squad were scored by Youssef Jouad (2), Khalid Bouzid Stitou and Ismail Ouaddouh, while Saeid Ahmadabbasi and Hossein Tayyebi Bidgoli (2) scored for the Iranian side.

On Wednesday, the Moroccan team defeated its Finnish counterpart (4-1) in the semi-finals.

The tournament is organized by Thailand in preparation for the Asian Futsal Championship, scheduled from September 25 to October 20 in Kuwait.