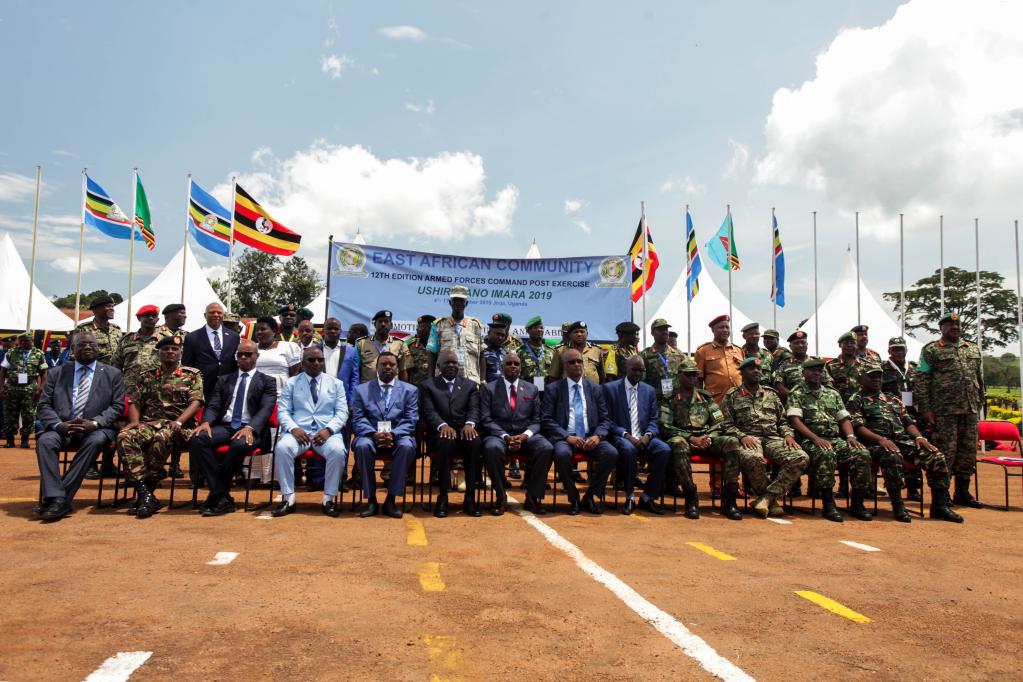 The East African Community (EAC) and the Democratic Republic of the Congo (DRC) signed an agreement last Friday for the deployment of an EAC joint regional force to fight negative forces in the bloc’s new member, Xinhua reported.
EAC Secretary General, Peter Mathuki, and DRC’s Vice Prime Minister and Minister of Foreign Affairs, Christophe Lutundula Apala Pen’Apala signed the deal in Congolese capital Kinshasa in the presence of President Felix Tshisekedi.
“The agreement envisages an initial deployment of the EAC joint regional force for a period of six months after which the deployment will be evaluated,” said Mathuki.
The EAC’s Secretary General also indicated that the agreement is in support of the implementation of the decision of the 22nd summit of the EAC heads of state to deploy a joint regional force to fight the negative forces in the DRC.
President Tshisekedi welcomed the deal and the regional body headquartered in the Tanzanian city of Arusha for the deployment of the joint regional force, saying that instability in his country has been ongoing for over two decades, the Chinese state-run news agency noted.
“My biggest wish is for the regional force to be successful and allow the country to turn over and focus on the economic and social growth of the country that will see it transform and shine in front of the world,” said Tshisekedi.