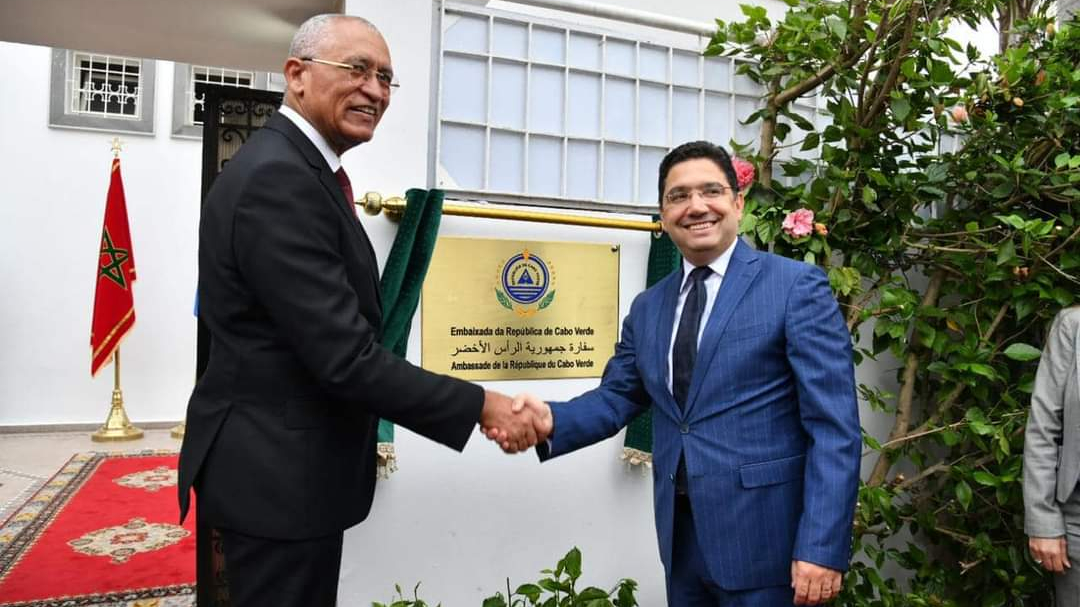 The Republic of Cape Verde opened on Tuesday an embassy in Rabat during a ceremony co-chaired by Foreign minister of this African country Rui Alberto De Figueiredo Soares and his Moroccan peer Nasser Bourita.

In a statement to journalists, Mr. Soares said the embassy opens up new era in relations between the two countries and enables Cape Verde to benefit from Morocco’s successful experiences cumulated in various sectors.

He also announced the opening on Wednesday of a Cape Verdean Consulate in the city of Dakhla, confirming his country’s firm support to the Moroccaness of the Sahara.

So far, nearly thirty countries have installed consulates in the Moroccan Saharan cities of Laayoune and Dakhla, expressing thereby their clear support for the Kingdom’s territorial integrity.

The move consolidates further the international recognition of Morocco’s sovereignty over its entire Sahara. It is a response to the hostile and provocative act made by Tunisian president Kais Saied against Morocco’s territorial integrity in a bid to get an additional financial support from the ruling Algerian junta.

Morocco and Cape Verde share a common will to foster peace and stability in the African continent. The two countries also look forward to developing a mutually beneficial economic partnership, a model of South-South cooperation.