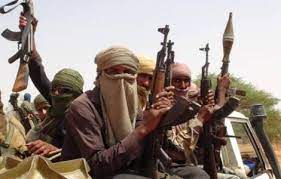 At least 17 soldiers and four civilians, including local elected officials, were killed Sunday (7 August) in Mali and 15 soldiers in Burkina Faso on Tuesday (9 August), the latest in a series of such attacks as both countries battle a jihadi insurgency.

The Sunday attack in the town of Tessit in the three-border zone between Mali, Burkina Faso and Niger was attributed to jihadists. Nine soldiers have also gone missing with vehicles and equipment destroyed, according to the statement by the Malian army that also added it had killed seven enemies “presumably from the Islamic State in the Great Sahara and benefiting from drone and artillery support with the use of explosives and vehicle bombs.”

The Tessit sector, located on the Malian side of the tri-border area, in a vast rural area not controlled by the state, is frequently the scene of clashes and attacks. In a very deteriorated security context, the junta has decided to separate itself from the old French ally present in Mali for nine years, and to ardently relaunch cooperation with Russia.

Meanwhile, two explosions killed 15 soldiers in neighboring Burkina Faso, the army said, adding that the assailants used “improvised explosive devices occurred on the road from Bourzanga to Djibo“. It was carried out during an escort mission, the statement said. Jihadists based in neighboring Mali began mounting cross-border raids on Burkina Faso and neighboring Niger in 2015.

In Burkina Faso, violence blamed on jihadis affiliated to al-Qaida and the Islamic State group has killed thousands of people and prompted 1.9 million more to flee their homes. Burkina Faso’s ruling junta took power in a January coup, amid widespread anger over the government’s failure to quell the insurgency.