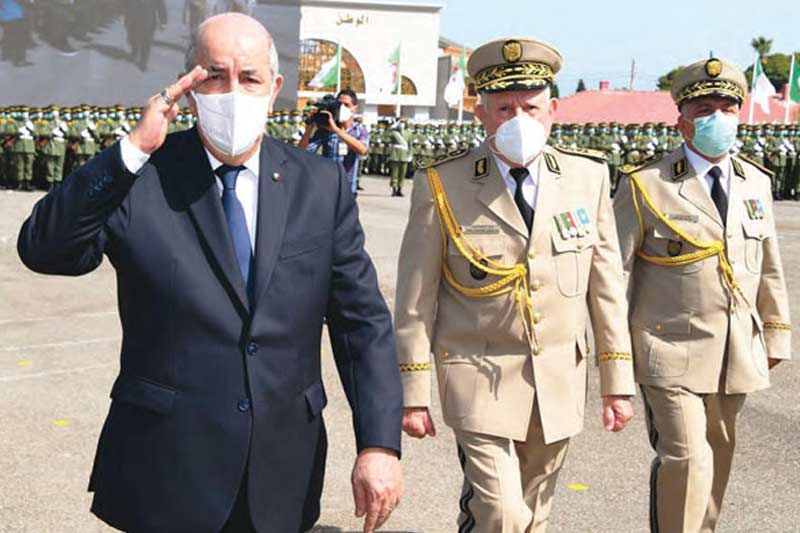 Since its creation in 1989, the North African grouping known as the Arab Maghreb Union (AMU) remained ink on paper unable to meet the most basic aspirations of Moroccans, Mauritanians, Algerians, Tunisians and Libyans to economic integration and freedom of movement.

At the heart of the impediments to the Maghreb integration lies the regional dispute over Western Sahara, a relic of colonialism transformed during the Cold War by the Algerian military regime into a separatist issue, wherein Algiers hosts, sponsors and arms the Polisario separatist militia to hold its pro-Western rival in check.

The deal in 1989 between the Maghreban leaders was to leave the Sahara issue with the UN and work on integration issues within the umbrella of AMU, an endeavor that never materialized as borders between the Maghreb’s two demographic and economic heavy weights remain sealed.

In 1994, the killing of tourists in Marrakech by Algerian nationals in an armed attack propelled Morocco to impose visas on Algerians at a time their country was suffering a brutal civil war with a risk of a spill-over of terrorism across the region. Algeria’s response was to close the borders, which remained sealed since then despite multiple calls by Morocco’s leadership to turn a new page.

On the surface, Algerian leaders evoke all sorts of false arguments from fear of drug trafficking to demanding apologies! But they never cite the deep causes for maintaining the borders closed, causing unnecessary difficulties to families in border cities.

Algeria fears that if borders are open, Morocco will benefit the most from the flow of tourists. Prior to 1994, Morocco was the favorite destination for Algerian tourists thanks to its advanced infrastructure and diversity of its tourism offer, at a time Algeria saw little interest in developing its own tourism sector.

Algeria’s state-dominated economy is also likely to be outperformed by Morocco’s diversified economy in the case of genuine economic integration allowing the free flow of goods and capital. Morocco’s attractiveness for foreign investors will be bolstered with the opening of trade with Algeria, building on the Kingdom’s investment friendliness, advanced financial services and availability of the work force.

Aware of the inability to compete with Morocco’s private sector, the Algerian government has now resorted to tactics that verge on insanity going as far as stoking tension on a daily basis, while conducting a mean propaganda campaign to depict Morocco as an enemy.

When the Algerian economy was about to crumble in 2021, the new Algerian military autocracy escalated its anti-Moroccan rhetoric severing ties, banning all Moroccan airplanes from its airspace and halting the Maghreb-Europe gas pipeline. The surge in gas and oil prices gave the regime some space to return to its modus vivendi of buying social peace but time and money will soon run out for Algeria.

Amid a media blackout and crackdown on dissent, the few Algerian economists abroad have made the case for regional integration starting with opening borders with Morocco as the only way to strengthen an economy that has yet to join the World Trade Organization.

While it risks losing to Morocco on the short term, in the longer term both countries will win as integration means the convergence of quality of services, prices and salaries.

Leading economist Joseph Schumpeter argues that countries that trade with each other create a convergence impact in their economic fabrics.

Algeria’s state-run economy is not working, and its rentier model creates a vicious circle. It is high time Algeria used its remaining oil and gas rent to diversify its economy with a liberal mindset allowing for free trade first with its neighbors.