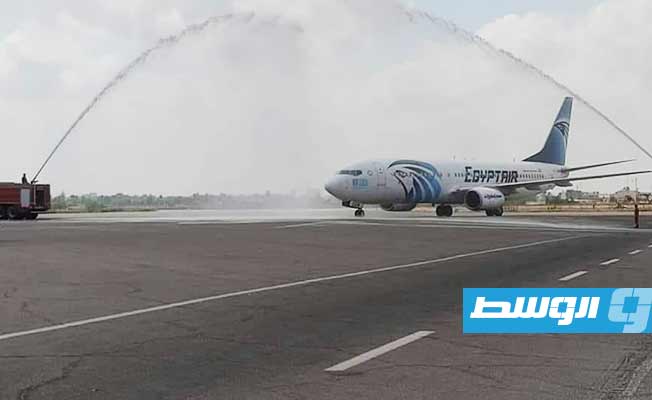 A flight of Egypt’s national carrier EgyptAir landed Tuesday at Tripoli’s Mitiga International Airport for the first time since 2014.

The flights, according to the airliner, will continue till October 11 to transport groups of tourists from Libya to the Egyptian Red Sea resort city of Sharm El-Sheikh.

The flag carrier will operate a weekly flight between the two airports on board Boeing B737-800 aircraft, which is capable of carrying up to 154 passengers, to promote Libyan tourism flow to Egypt.

Egypt and Libya agreed in September last year to resume flights from Tripoli to Cairo after seven years of hiatus owing to security concern in the oil-rich North African country. The two countries also reactivated the direct flight service between Cairo and Benghazi in April this year.