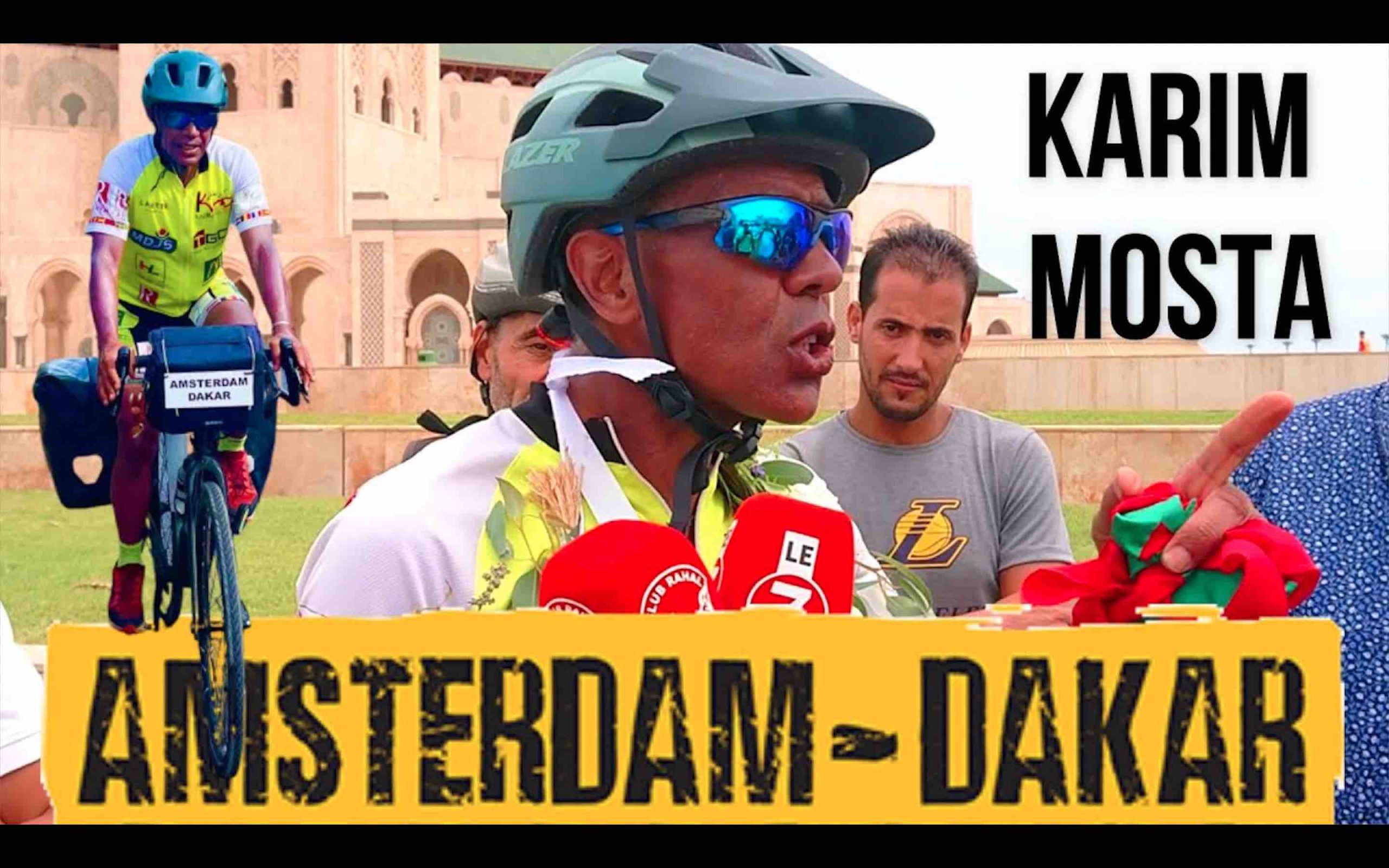 Cycling from the Netherlands down to Senegal may be a mission impossible for most people, but not for Moroccan Karim Mosta. He is a cycling enthusiast who loves adventures.

Karim, 68, is a two-time winner of the Ultra Marathon World Cup. Despite his age, he rode from Amsterdam all the way to Dakar, a three-month journey that crossed through 6 countries (Belgium, France, Spain, Morocco, Mauritania and Senegal) and covered 6,000 kilometers.

Such a trip requires physical endurance and mental strength to set the bar high. Karim arrived on Thursday in Dakar wherein the Moroccan community celebrated their hero.

“I am very happy to have completed this exciting and challenging adventure during which I lived great experiences,” said the professional athlete in a statement to media.

“During the journey, I met people from different countries & cultures. I exchanged views with them and I appreciate their outpouring support,” added Karim Mosta who has participated in 165 competitions throughout his career and visited 145 countries.

In 2019, he made another feat: cycling for more than 8,000 km from Casablanca to Mecca to perform the pilgrimage and inspire others to do the sport.

He participated in Morocco’s challenging Marathon des Sables 29 times and several other international extreme sport events around the world.