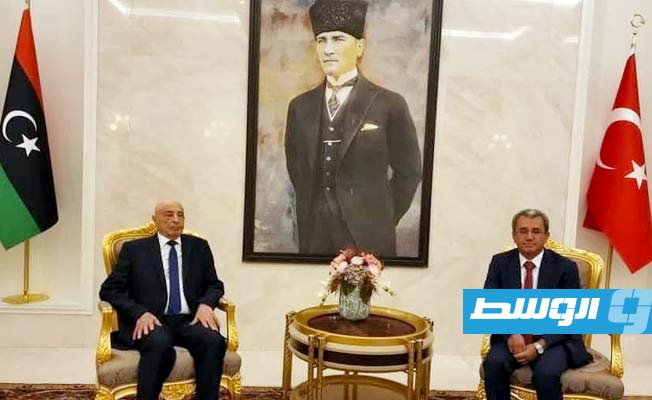 Libyan Parliament Speaker Aguila Saleh travelled to Turkey Monday to seek rapprochement with Ankara to break the political deadlock in the oil-rich country which currently has two rival governments.

Saleh will meet a number of senior Turkish officials during his stay in Ankara to seek agreement with Turkish authorities on the way forward in Libya.

Ankara currently backs Dbeibeh who was removed in February by the parliament at the expense of Bashagha.

Saleh, on July 20 told Al-Massar TV, that “politics are flexible and subject to development and change, there is no permanent rivalry,” and that “the interests of the Turks are linked to our interests.”

North Africa Post's news desk is composed of journalists and editors, who are constantly working to provide new and accurate stories to NAP readers.
NEWER POSTMorocco, Niger poised to enhance cooperation on fighting human trafficking
OLDER POSTFacebook in the crossfire: Kenyan govt rallies around US giant after watchdog’s ultimatum