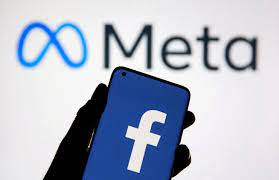 Facebook in the crossfire: Kenyan govt rallies around US giant after watchdog’s ultimatum

Kenya has no intention of shutting down Facebook, a technology giant which is owned by its parent company Meta, its minister for information, communication and technology (ICT) said on Monday, August 1, after the national cohesion watchdog gave the platform seven days to comply with rules on hate speech or face suspension.

The watchdog’s ultimatum came after hate speech flooded facebook and after a terrorist group has tried to use social media to destabilize the country before the election.

“We do not have a plan to shut down any of these platforms,” Joe Mucheru, the ICT minister told the media. “Press freedom is one we cherish, whether it is (traditional) media or social media.” His statement echoed that of the interior minister, Fred Matiangi, who accused the National Cohesion and Integration Commission (NCIC) of making haphazard decisions over the weekend, and vowed that the platform will not be shut down. “They (NCIC) should have consulted widely because they don’t have the power to shut anybody down. They don’t license anybody,” Mucheru said.

This comes after Kenya’s ethnic cohesion watchdog has given Meta’s Facebook seven days to tackle hate speech and incitement on the platform relating to next month’s election, failing which its operations will be suspended. East Africa’s biggest economy is in the throes of campaigning ahead of presidential, legislative and local authorities elections on 9 August. Advocacy group Global Witness said in a recent report that Facebook had accepted and carried more than a dozen political advertisements that breached Kenya’s rules. Kenya’s NCIC said the report corroborates its own internal findings.

“Facebook is in violation of the laws of our country. They have allowed themselves to be a vector of hate speech and incitement, misinformation and disinformation,” Danvas Makori, an NCIC commissioner said. But Meta has responded to these accusations by saying that it has taken “extensive steps” to weed out hate speech and inflammatory content, and it is intensifying those efforts ahead of the election.

North Africa Post's news desk is composed of journalists and editors, who are constantly working to provide new and accurate stories to NAP readers.
NEWER POSTLibya’s parliament Speaker in Turkey for rapprochement
OLDER POSTSenegal: legislative poll a test for ruling party’s influence ahead of 2024 vote