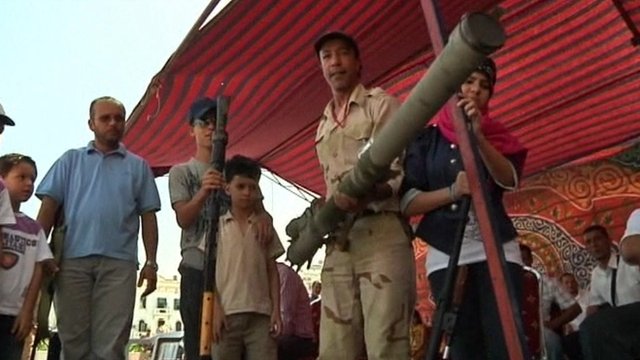 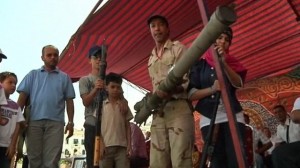 Results of a campaign to collect arms and ammunitions from civilians is considered to be encouraging after hundreds of them handed over their weapons to national army troops stationed in Tripoli, Benghazi, Zintan and Yefrin. The action is in line with the government’s ambitions to curb the level of insecurity in the country after an attack against the US consulate by militia groups in Benghazi led to the death of Ambassador Christopher Stevens.
Calls to disarm and disband militias in the country soon gained momentum. Libyans want a well established united army to be in place and the recent campaign is seen to be heading towards the right direction. Army Colonel, Omran al-Warfali, said the turnout was impressive citing that “there were weapons from all the segments of the society, men and youth, women, and even children came to hand over bullets.”
Over 600 different types of arms were collected, including anti-aircraft guns, land mines, rocket launchers and artillery rockets. Tanks were also among the handed over weapons. The government estimates that more than 200,000 Libyans are armed but nevertheless, it considers this disarmament campaign a success because previous attempts produced fewer results despite the government promising jobs in exchange for handing over their weapons, or offering to buy guns.
The process will be repeated and be introduced to other towns too. The campaign was a joint effort of the national army, media houses and NGOs after pressure build up on the government to reduce the amount of arms with the civilians. Clerics were also involved in it. One of them said a “nation is built with knowledge not guns” as he urged his compatriots to give up their arms for nation building.