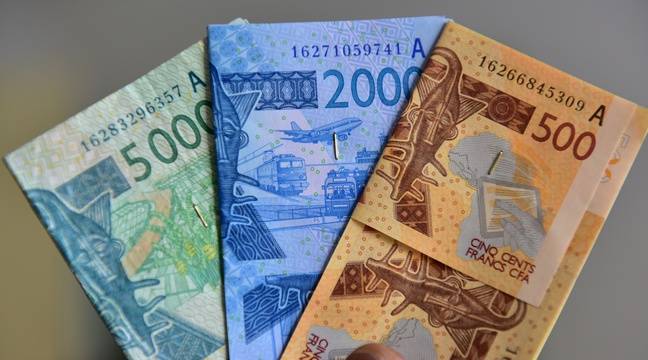 With the euro having recently declined to less than one US dollar, this development has a direct impact on the CFA franc, which has a fixed exchange rate parity value with the single European currency.
The euro’s continued to slide toward the US dollar since 5 July has resulted in a 20-year low, according to economists. This fall raises fears of looming difficulties in the economic environment for the 14 African countries using the CFA franc. Experts blame several factor for the euro’s depreciation toward the US dollar, including the war in Ukraine, which has revealed Europe’s energy dependence on Russia and the perceived vulnerability of European economies by investors.
On the one hand, the decline of the CFA franc, common to 14 French speaking African countries, against the US dollar could benefit exports in countries especially of raw materials. Analysts say revenues from exports converted to local currencies should increase and thus increase the budget resources in the countries concerned. But while this is a boon for the exporting countries, it will not be so for the major food importers, thereby making the fall of the euro overall not positive. The challenge for these countries lies in the volume of imports. The depreciation of the CFA franc will increase the invoices of imports invoiced in US dollars and accentuate the inflation in CFA zone while further deepening the trade deficit. Another consequence, analysts warn, is African states may have difficulty to repay their US dollar-denominated debts.