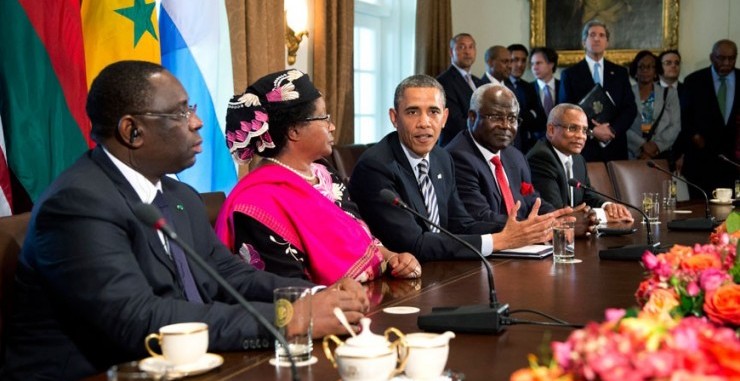 The U.S. Africa Leaders Summit that brought to Washington this August 4-6 more than 50 African leaders and hundreds of governmental officials, CEOs and civil society activists was an opportunity for President Barack Obama to make a declaration of love to the black continent, announcing new partnerships and initiatives and pledging that America will be a good partner for Africa.

Obama’s focus on the African continent is seen as an attempt on the part of Washington to make up for the lost time and to catch the European Union and China which have built up strong economic relations with Africa and which have been regularly organizing similar meetings for more than a decade.

U.S. policymakers and businesses have actually long considered Africa as being of little strategic interest for the United States at both the economic and security scales.

However, the changes that swept over the world during the past two decades have altered the parameters and the USA as well as the rest of world powers grew more aware of the strategic importance of the new African continent which has been recording over the past few years the highest growth rates and which is home to seven out of the ten fastest-growing economies in the world this decade. These strong growth rates coupled with the political, economic and regulatory reforms many African countries have embarked on to improve their commercial and investment environments have upgraded the continent’s attractiveness as the place to do business and placed African political and business leaders as the best partners to have.

It is therefore no surprise to see the USA shift its focus, change its strategy towards Africa and multiply actions to be a genuine partner of the continent through more enhanced and focused engagement on trade and investment between the two sides.

Part of this strategy was summed up by President Barack Obama in the address he made on Tuesday before the U.S.-Africa Business Forum in which he announced that the commitments made part of the U.S. government-private sector partnerships total some $33 billion.

“The United States is committed to making substantial and long-term investments in Africa’s future. Altogether — across government and private-sector partnerships — the commitments made today total some $33 billion,” said Barack Obama, the first U.S. president to hold such a large summit with African heads of state and government.

America will be “a good partner, an equal partner, and a partner for the long term” in Africa’s success, he said announcing new partnerships and initiatives, both in the private and public sector, that were described by the White House as “exciting.” These partnerships will create more economic opportunities for both Africans and Americans, he insisted, deploring that his country’s overall trade with Africa is equal to its trade with Brazil alone and that only 1% of U.S. exports go to Sub-Saharan Africa.

President Obama also announced that the upcoming Global Entrepreneurship Summit, a platform meant to facilitate the exchange of views and ideas between global business leaders and entrepreneurs, will be held on November 20-21 in Marrakech.
This will be the first time that the summit is held in Africa. The first GES was held in Washington D.C. in 2010 and has since been held in Istanbul, Turkey in 2011, in Dubai, United Arab Emirates in 2012, and in Kuala Lumpur, Malaysia in 2013.

Among the series of steps planned to boost U.S. economic ties with Africa, President Obama announced, part of the “Doing Business in Africa” campaign, an additional $7 billion in new financing to promote American exports in Africa. He also created a new President’s Advisory Council of business leaders to think about new and creative ways to promote economic growth and job creation in the United States and Africa.

He also renewed the U.S. commitment to help Africa build and upgrade its infrastructure, as illustrated by the Power Africa initiative announced in 2013 to help bring electricity to 20 million African homes and businesses.

Given the success of the initiative, President Obama said the goal will be tripled to bring electricity to more than 60 million homes and business, with a total commitment of more than $26 billion to Power Africa.

Likewise, the U.S. administration launched a campaign to push the Congress renew the African Growth and Opportunity Act, enforced in 2000.