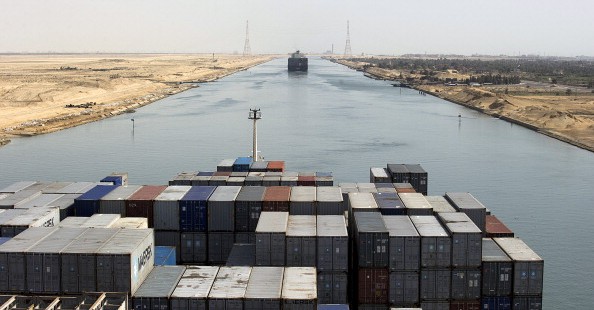 President Al Sisi has announced that a “giant project” will be launched at a tune of $4billion for the construction of a canal parallel to the Suez Canal. The project is expected to increase trade and also double the country’s earnings by more than 100%. The Suez Canal is an important sea route but militants in the Sinai region could pose a threat to ships that ply the route.

The new channel will have a length of 72km and will contribute to the reduction of the average waiting time to three hours from eleven. 18000 vessels use the canal annually. Egypt earns around $5 billion from it every year but the amount could increase to $13,5billion by 2023.

Due to the security challenges in the Sinai region, President Al Sisi stated that the military will play a major role. He said the region has a “sensitive status;” therefore “the army is responsible to Egypt for this” despite the possibility of involving almost 20 Egyptian firms in the project. A year ago, a militant group managed to get close enough to the canal, despite heavy security, to hole a passing Chinese container vessel with two missiles from a rocket-propelled grenade launcher, though no-one was hurt and no serious damage done.

The project is expected to take five years but Egypt wants to shorten it to three. Al Sisi however wants it completed by the end of next year. The companies involved in the project will work under military supervision.

Pro-government media have described the project as a national pride. The current Canal was built in 1869 and it took a decade of intense work to complete it. Gamal Abdel Nasser nationalized it in 1956.