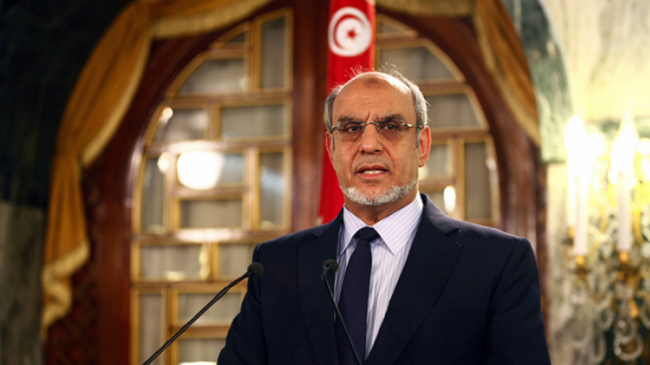 The hearing of former Tunisian Prime Minister Hamadi Jebali in the Namaa Tounes case planned for yesterday, has been postponed sine die, Webdo Tunis reports.
The former senior Islamist party Ennahdha member was expected to be interrogated by the country’s counter-terrorism prosecutor in the connection with an investigation into terrorism financing and money laundry allegation leveled against Namaa Tounes, a charity organization whose members are believed largely member of the Islamist movement.
The prosecutor, the media notes, decided to postpone it to an unknown date after Jebali produced a medical certificate arguing that he could not be questioned Wednesday because he went through a surgery last week.
Jebali was arrested late last month but freed a few days after as his health deteriorated following a hunger strike. The court Wednesday decision came following the hearing of the party leader and Speaker of dissolved legislature Rached Ghannouchi on Tuesday also in connection with the same case.
The prosecutor let him leave free after several hours of interrogation. Several other people are also being investigated in relation to the same case.