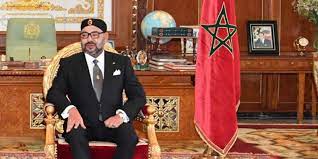 The leadership of King Mohammed VI and the major role he played in the reopening of the Allenby Bridge has been hailed by US and Israeli officials.

A senior official of President Joe Biden’s Administration hailed, on Saturday, the “key role” played by the Kingdom of Morocco, under the leadership of King Mohammed VI, in mediating the 24/7 opening of the Allenby/King Hussein border crossing.

Israel’s decision to open the border crossing, which is the Palestinians’ only opening to the world, signals the first instance in which an Arab country has used its might to mediate between Israelis and Palestinians to produce “a significant policy change,” the US official said, as reported by a leading Israeli newspaper.

The mediation efforts led by the Kingdom of Morocco and the United States, with senior Israeli, Jordanian and Palestinian officials, constitute a collective dynamic “that made the difference,” he said, adding that “we are delighted to see the Abraham Accords working to the benefit of the Palestinians – this has been a priority for the Biden administration”.

He also recalled, in this connection, the statement of the Israeli Minister of Transport, Merav Michaeli, who particularly praised the major role played by King Mohammed VI, for the reopening of the Allenby/King Hussein Bridge.

“Michaeli publicly thanked Biden, as well as HM King Mohammed VI and the Kingdom of Morocco for their continued commitment and efforts to promote peace and prosperity in the Middle East,” he added.

the Israeli Minister of Transport Merav Michaeli actually told Moroccan Medi 1 TV channel, “His Majesty the King has played a decisive role in this important process for the reopening of this crossing,” praising the King’s willingness and initiative for cooperation from all the parties involved.

She praised “the Sovereign’s firm commitment to peace in this region, affirming that “this resolve will remain a very useful factor in the future”.

“The time is right to recognize and seize our common opportunities, and to work on these bases to make our region better,” she added.

The Israeli official who announced earlier Friday the opening of the Allenby border crossing, expressed thanks to King Mohammed VI and to the US President, Joe Biden, for their commitment and their continuous efforts for peace and prosperity in the Middle East.

“I would like to thank President Biden, King Mohammed VI and Morocco for their commitment to furthering the peace process and the region’s economic growth,” the Israeli official tweeted.

Morocco has thus succeeded in brokering the permanent reopening of the Allenby border crossing between Israel and Jordan, which is very popular with Palestinians and which will have a beneficial impact on the daily lives of Palestinians and facilitate the movement of people and goods.

The border post, located about 50 km from the capital Amman, will be effective soon as soon as the logistical conditions are met, particularly in terms of human resources.

Contacts have been going on for several months between the Israeli Transport Minister and her staff and American, Moroccan and Palestinian elements in order to lead to the continuous opening of the Allenby crossing between Israel and Jordan.