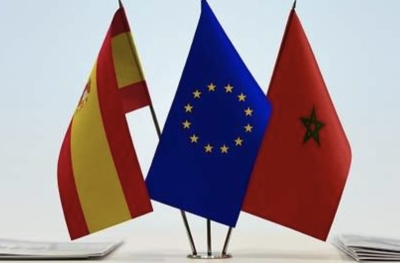 Cooperation between Morocco and Spain in migration management and the fight against illegal migration is an example of political dialogue between partners, Spain’s Minister of Interior, Fernando Grande-Marlaska, told Justice and Home Affairs ministers of the 27 EU Member States.

Speaking at a meeting of Justice and Home Affairs Ministers of the European Union member states in Prague, the Spanish official stressed the need to “raise the political profile and presence of the EU” in countries of origin of irregular migration. “The relationship with Morocco is an example in this regard,” he said.

“It is urgent to strengthen the political dialogue with our African partners and intensify the dialogue between representatives of the EU and the Member States,” said Grande-Marlaska, who welcomed the recent meeting in Rabat with the European Commissioner for Home Affairs, Ylva Johansson, and the Moroccan Minister of Interior, Abdelouafi Laftit, a statement by the Spanish Ministry of the Interior said.

Grande-Marlaska pleaded for increasing European funds to achieve an “orderly and fair” migration from African countries.

“African countries of origin and transit of migration need regular, predictable, and substantial aid, which has been insufficient until now,” he added.

The Spanish minister cited the Neighborhood, Development Cooperation and International Cooperation Instrument, which devotes 10% of its funds to migration.

“We must make the most of the possibilities offered by this budget and implement migration cooperation projects, which have already proven their effectiveness in third countries,” Grande-Marlaska suggested.

The Spanish official emphasized the “structural character” of the migration phenomenon, saying that “the migratory pressure from Africa is not going to disappear.”

“We must continue to work to prevent and reduce movements and move towards a fair, predictable and orderly management of migration,” he concluded.

On the morrow of the tripartite meeting in Rabat, Grande-Marlaska reiterated Spain’s commitment to continue collaborating with countries of origin and transit, in particular with Morocco, which is doing important work and must be recognized as such.

Welcoming “the agreements reached at Rabat’s meeting”, the Spanish minister said that this commitment “shows that we continue to work together” to face the challenges linked to illegal immigration.

Following the “violent” assault on June 24, “we are more determined to deepen the management of irregular migration and to deal strongly with criminal organizations that use violence and migrants to achieve their illicit objectives,” he pointed out.

“We will continue to work in depth to secure the necessary means to save the lives that are threatened by criminal mafias, and we will continue on the path of cooperation between Morocco and the European Union, in order to deal firmly with irregular immigration,” Grande-Marlaska added.

During the Rabat meeting, the European Commission and Morocco launched a renewed partnership on migration and the fight against human trafficking networks, following the emergence of new and extremely violent modus operandi adopted by these criminal networks.

The new operational partnership in the fight against human trafficking between Rabat and Brussels will cover, among other things, support for border management, strengthening police cooperation, including joint investigations, raising awareness of the dangers of irregular migration, as well as strengthening cooperation with EU agencies in charge of home affairs.

Several Spanish pundits, including expert in Maghreb affairs, Javier Fernandez Arribas, have called on all involved parties in the phenomenon of illegal immigration and the fight against human trafficking to extend more support to Morocco within the framework of the new renewed partnership, launched in Rabat.

“Based on a comprehensive and proactive approach, Morocco collaborates in an exemplary way with Spain and its African neighbors to fight this phenomenon which is becoming increasingly transnational,” Arribas said.