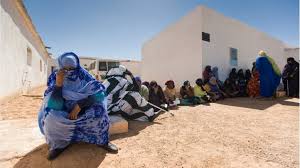 Polisario leaders have a long history of embezzlement in connivance with the corrupt and feckless Algerian Generals who are using the separatist group in their international money-laundering operations.

Several foreign independent bodies including the European Anti-Fraud Office have confirmed and denounced the systematic diversion of humanitarian aid by Polisario leaders who accumulated huge wealth.

They all have luxury properties in Spain and Latin America. They are getting richer and richer on the back of the suffering of the sequestered Sahrawis population under the watch of Algerian authorities.

A new embezzlement scandal is rocking the Polisario leadership. The son of one of their leaders, Mohamed Salem Ould Salek, the so-called FM of self-proclaimed SADR, has just opened a luxury clinic in Ecuador.

If the father owns already a clinic in Panama, the son has inaugurated lately his own clinic in one of the most expensive districts in Ecuador with funds of the Algerian taxpayers who are suffering from a deplorable and broken healthcare system lacking medical staff, medicine and life-saving equipment.

The country has only 400 intensive care unit (ICU) beds, or one per 100,000 people. Despite hundreds of billions of hydrocarbon dollars, Algeria’s health system ranks 180 out of 195 countries. Algerians often refer to hospitals as places for the dying. Not only has the state failed to build modern hospitals but basic hygienic conditions are lacking, endangering the patients’ safety. For this reason, the president, the government officials and top brass prefer being treated overseas.

While Algerians are suffering from poor health services, long waiting times and difficulties to access hospitals, Polisario leaders are using Algerian public funds for the acquisition of private clinics in suspicious operations triggering popular uproar and outrage, amid a clamor of voices demanding the opening of an investigation and accountability.