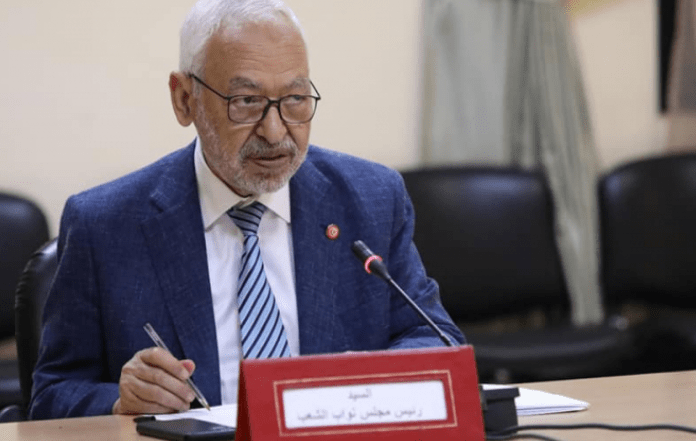 Rachid Ghannouchi, head of Tunisia’s leading Islamist party Ennahdha, has revealed that he is expecting to be arrested on July 19 when he will appear before the country’s counter-terrorism prosecutor, in connection with investigations about Namaa Tounes that authorities accuse of financing terrorism.

Ahmed Nejib Chebbi, leader of the National Salvation Front, on Monday made revelations at a press conference after meeting with the veteran politician and Speaker of the dissolved parliament.

“I was born on this earth and I will die on it, and from the preliminary evidence, it looks like I will be arrested,” Chebbi said, quoting Ghannouchi.

The Islamist leader is expected to appear before Tunisia’s counter-terrorism prosecutor in line with investigation about Namaa Tounes charity association, accused by authorities of financing terrorism.

Ghannouchi is among dozens of people targeted by the investigation which was launched following the arrest of former Prime Minister Hamadi Jebali late last month in connection with the case. Jebali was later on released as his health deteriorated following his hunger strike.

The Interior ministry accused Jebali of involvement in a money laundering scheme in connection with the charity organization. The former Premier denied any wrongdoing and is also expected to appear for questioning on July 20 before the counter-terrorism prosecutor.

Chebbi also revealed that Ghannouchi is among several political figures targeted by the administration of President Kais Saied. Both Chebbi and Ghannouchi are opposed to Saied whom they accuse of hijacking democratic dividends gained following the 2011 revolution.