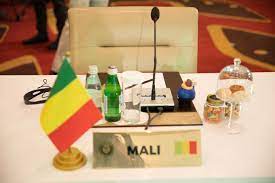 Leaders of the Economic Community of West African States (ECOWAS) meeting in a summit in Accra on Sunday lifted the trade and financial sanctions imposed on Mali since January.

“The summit decided to lift all economic and financial sanctions from today” but maintains individual sanctions and the suspension of Mali from ECOWAS bodies until the return to constitutional order, said at a press conference Jean-Claude Kassi Brou, outgoing President of the Commission of the regional organization.

The West African organization discussed at its 61st Summit its retaliatory measures against Mali, Burkina Faso and Guinea after the seizure of power in these countries by juntas.

The ECOWAS leaders considered that the progress made by Mali in recent weeks justified a partial lifting of sanctions. In particular, Bamako has adopted a new electoral law and announced a return to constitutional order by March 2024.

The sanctions included the closure of borders, the freezing of Malian assets and the suspension of trade and financial exchanges. All of this will be allowed to resume with immediate effect. ECOWAS ambassadors to Bamako who had been recalled will also be able to return to the Malian capital.

Although the financial sanctions targeting the junta’s leaders will be maintained and the country will remain suspended from ECOWAS bodies, the decisions taken Sunday are deemed a very important step forward.
West Africa has seen a succession of coups by colonels and lieutenant-colonels in less than two years: those of 2020 and 2021 in Bamako, the September 5, 2021 putsch in Conakry, the January 24, 2022 putsch in Ouagadougou.