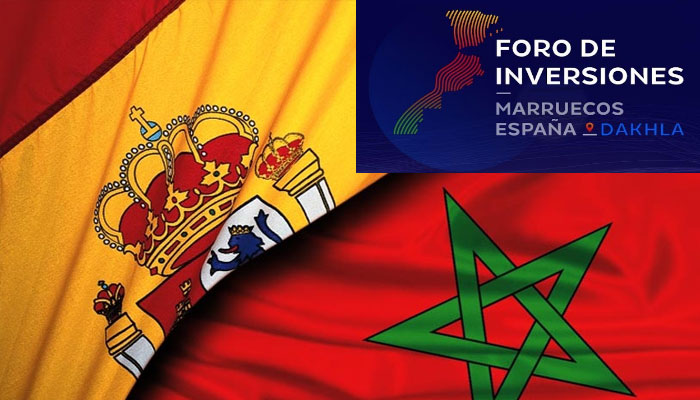 The southern city of Dakhla hosted Tuesday the first Moroccan-Spanish investment forum to be held in the region to explore opportunities for the development of economic and trade cooperation between the two countries.

The forum, organized by the Council of the region of Dakhla Oued Eddahab, in partnership with the Ministry of Industry and Trade, sought to consolidate economic relations, promote the economy of the region and make known its potential and investment opportunities to Spanish businessmen.

This event is also meant to be part of the new momentum witnessed in diplomatic, economic and cultural cooperation between Rabat and Madrid, especially since Spain decided last March to shift its position on the Sahara issue and express clear support to Morocco’s autonomy initiative to end this conflict. It is also part of the implementation of the new roadmap drawn by the two countries last April, during the visit to Rabat of Head of the Spanish Government Pedro Sanchez.

Over 250 stakeholders and operators in industry, agribusiness, renewable energy, construction, finance, tourism, technology, sports and health are prospecting new markets and exploring investment and trade opportunities offered by this region.

In a recorded speech, Minister of Industry and Trade, Ryad Mezzour noted that Morocco’s southern provinces, especially Dakhla-Oued Eddahab, can host investments in green molecules production, such as hydrogen, thanks to their green energy production capacity, the gradual relocation of heavy industries and the availability of skilled human capital.

The port of Dakhla Atlantic is expected to become a major industrial zone that will develop a shipbuilding industry and set the region as a hub and a gateway to the African continent, through development projects and the completion of the expressway Tiznit-Dakhla, he added.

For her part, the representative of the Spanish delegation to this Forum, Maria Tato welcomed the “exponential and impressive” growth that the region is experiencing in terms of infrastructure.

The businesswoman said she was keen to set up co-development projects between Morocco and Spain in the southern provinces, which are full of investment opportunities.

The southern provinces are experiencing a great economic development favoring the establishment of Spanish companies, she observed, calling on the participants in the forum to seize investment opportunities.

On the sidelines of this forum, a cooperation protocol was signed between the Regional Council of Dakhla-Oued Eddahab and the free zone of Las Palmas. The partnership established under the protocol seeks to promote economic development in the region and to support businesses.

This Wednesday, June 22, participants are visiting landmark projects in the region such as the Dakhla-Atlantic port, the new industrial zone and fishing facilities.