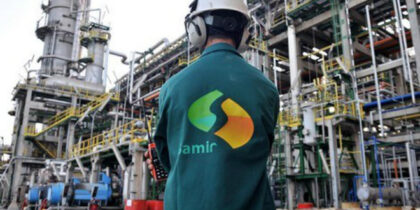 Morocco needs to have its own refining capacity

Morocco’s only refinery has been idle since 2015 over unpaid taxes and legal hurdles, leaving the country prey to dependence on refined oil imports and fluctuations in the international markets.

Calls for reactivating the idle Samir refinery in Mohammedia become more acute as fuel prices more than doubled compared to last year, due to a geopolitical crisis that affected global supply.

Prices in fuel stations could have been lower had Morocco been refining its own oil at home, analysts argue.
Yet, the energy minister and government official have been saying that Samir refiner cannot be switched on immediately or any time soon because of legal suits filed by its owner against the Moroccan government.

To mitigate the impact of higher fuel prices on the purchasing power of citizens, Morocco has offered transporters subsidies in a partial u-turn on its policy to end fuel subsidies.

Experts however argue that Samir refinery has been idle for years making the cost of its reactivation almost equal to that of setting up a new plant.

Morocco has launched a national plan to bolster stockpiles. But without a refiner at home, that goal will be an uphill battle.

Morocco is investing 2 billion dirhams to increase its oil stocks capacity to 1.8 million tons, she said.

The closed refiner has a stockpile capacity of 2 million tons and used to produce 10 million tons of oil products, securing Morocco’s domestic needs and supporting surplus.