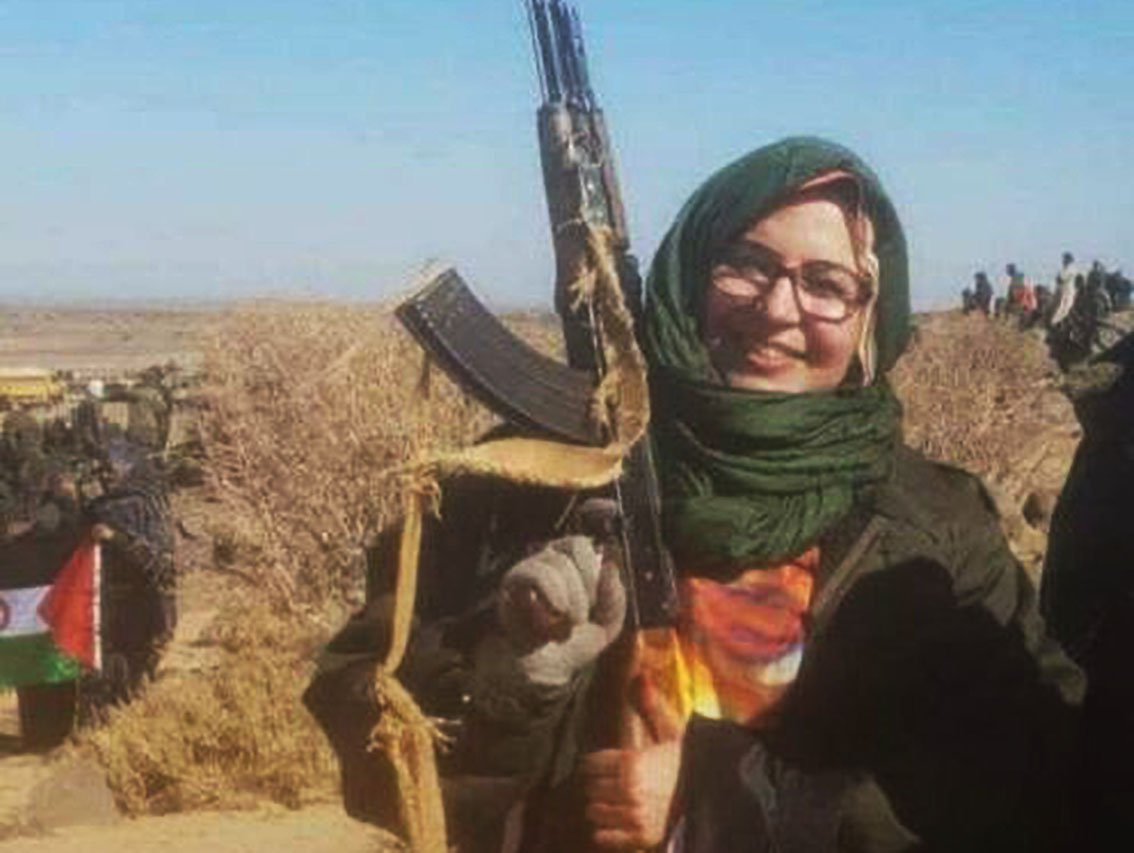 Sultana Khaya has failed to attract global attention recently by her multiple gesticulations in support of the Polisario separatists and their mentor Algeria as she continues to spread fake news about describing herself as a human rights activist who ironically calls for taking up arms against Morocco, where she lives!

Speaking to the media in New York, Morocco’s representative to the UN Omar Hilale uncovered her reality as a Polisario recruit who had travelled to Algeria 13 times since 2010, using her Moroccan transport to receive training on the use of arms and propaganda campaigns.

Hilale showed reporters a picture of her in military uniform carrying a Kalashnikov in Algeria and wondered how can one describe as a peaceful activist someone who calls for armed attacks against Moroccan civilians and security forces, which amount to inciting to terrorism?

The Polisario agent has been spreading fake news and falsely accusing authorities of violating her rights.

Hilale recalled that Khaya had just visited Las Palmas earlier this month using her Moroccan passport without any restrictions.

The separatist agent has also received a visit by an independent committee of the local Human rights council to look at her uncorroborated claims about rights violations, while a doctor from the national human rights council denied her claims of being a sexual assault victim.

Khaya has been receiving 4300 dollars monthly from the Polisario to fund her anti-Moroccan propaganda through an unregistered organization that she runs, he said.