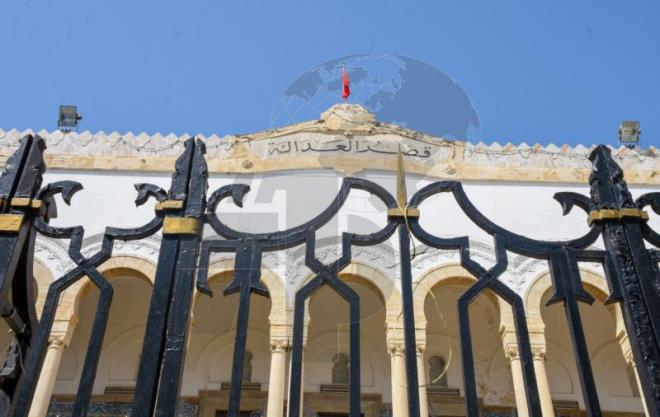 Tunisia: Judges go on strike after mass sackings, move observed by 99% of judges

Tunisian judges have launched a week-long strike to protest President Kais Saied’s “interference” in the judiciary, days after he sacked 57 of their colleagues, accusing them of corruption and protecting “terrorists”.

The president sacked last Thursday 57 judges, under a Presidential Decree issued in the Official Gazette on June 1, after amending the Decree on the temporary Supreme Judicial Council whereby he is henceforth empowered to remove judges under specific conditions. The move raises fears of a return to authoritarianism.

The strike, which began on Monday, is the latest in a series of escalating moves by Tunisian politicians, institutions and civil society as the country’s political crisis deepens.

However, courts will stay open for terrorism cases.

President of the Association of Tunisian Judges Anas Hmaidi said 99% of judges took part in the general strike observed on Monday.

This is “the highest turnout ever,” he told TAP, adding the strike will continue as long as President Kais Saied does not reverse his decision to dismiss the 57 judges.

“Pressure” has been put on judges to dissuade them from participating in the strike. “We are committed to unity,” Anas Hmaidi pointed out.

The National Council of the Association of Tunisian Judges, on Saturday, decided to suspend work for one week, starting Monday, June 6.

Saied, who dismissed the country’s elected parliament and seized executive power last July, issued a new degree extending his rule over the judiciary after he said in a televised address that he had “given opportunity after opportunity and warning after warning to the judiciary to purify itself”.

After this latest move, four judges’ unions announced a nationwide court strike to strongly condemn the president’s “continued interference in the judiciary”.

They accused Saied of laying off judges “without the slightest recourse to disciplinary procedures” in an affront to the Constitution.

In February, Tunisia’s president dissolved the Supreme Judicial Council that deals with the independence of judges. The council had acted as the main guarantor of judicial independence since Tunisia’s 2011 revolution and the move spurred accusations that Saied was interfering in the judicial process.

Saied has claimed that his actions since July 25, 2021 have been necessary to save Tunisia from the country’s political elites. Initially, his moves appeared to win public support, but public anger is growing amid high inflation and unemployment, and declining public services.

Saied is now planning a referendum on July 25, where Tunisians will vote on a new constitution.

The president has also said that the Tunisian parliament will remain suspended until Tunisians vote for a replacement assembly on December 17, 2022.

On Saturday, clashes erupted between Tunisian police and about 100 demonstrators who were protesting the planned referendum.

Nearly all of Tunisia’s political parties, as well as the powerful UGTT trade union, have rejected the move to introduce constitutional changes.

The UGTT has said that public sector workers would go on strike on June 16, posing the biggest direct challenge to Saied’s power grab so far.

North Africa Post's news desk is composed of journalists and editors, who are constantly working to provide new and accurate stories to NAP readers.
NEWER POSTUK reopens embassy in Libya after eight-year hiatus
OLDER POSTNigeria claims attackers of Catholic Church on Pentecost were trained in Libya