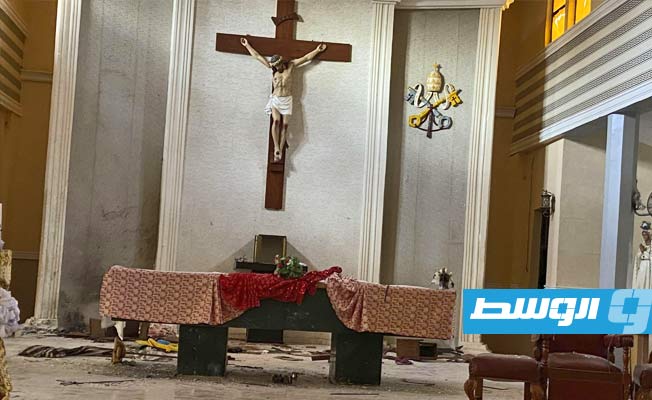 A Nigerian governor has identified Libya as the training ground of the perpetrators of an armed attack on a Catholic church in the southwestern state of Ondo, Sunday. Al Wasat reports.

Oluwarotimi Akridolo who rules the state where the attack took place said that the perpetrators of the armed attack on the church i were foreigners from Mali who had trained in Libya, according to a statement relayed by local media.

He called on the security forces to find those involved in this “blatant and demonic attack”.

A group of armed men stormed a Catholic Church on Sunday and mowed down at least 50 people, including women and children, according to local reports.

According to police authorities, the assailants approached the church during a service and started shooting from outside the church, while four others shot directly into the church. They also detonated explosives.

Nigerian President Muhammadu Buhari condemned the attack as “dastardly act,” according to a statement from his spokesman. “No matter what, this country shall never give in to evil and wicked people, and darkness will never overcome light. Nigeria will eventually win,” said Buhari.

No one has claimed responsibility for the attack but news in the street blame the most active terror organization in Nigeria, Boko Haram.

Parts of Nigeria are struggling with security issues but Ondo is widely known as one of Nigeria’s most peaceful states. The state, though, has been caught up in an increasingly violent conflict between farmers and nomadic herders.