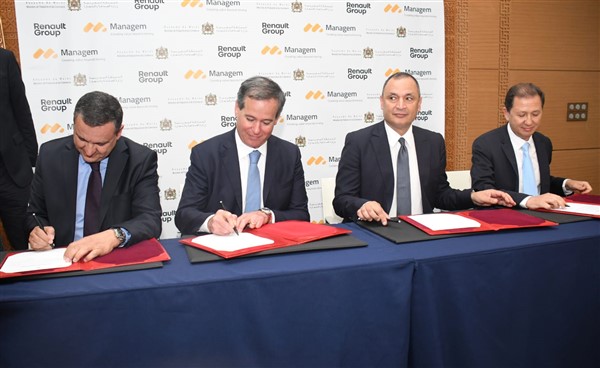 Renault Group opts for Moroccan cobalt for its EV batteries

Renault Group will buy Moroccan cobalt from Managem starting from 2025 as it seeks to bolster battery production for its electric vehicles.

A memorandum of understanding was signed between the two companies amid higher demand for low carbon cobalt from carmakers.

Under this deal, Managem will supply 5000 tons of sulfate cobalt annually for a duration of seven years to the French carmaker, the two firms said in a statement.

Managem plans a factory in Guemassa to produce sulfate cobalt as it also has prospects elsewhere in Morocco for cobalt and other rare metals.

Renault, which has two production plants in Morocco, plans to increase local sourcing to 2.5 billion euros from local suppliers.

Renault is following BMW suit in opting for Moroccan cobalt, which has one of the world’s high purity rates.