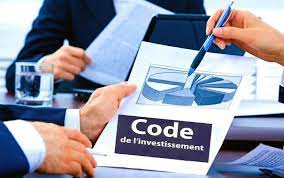 The Algerian government has made much fuss about an incoming investment code which analysts see as a cosmetic measure that fails to address the real issues that make Algeria a very unfriendly foreign investment destination.

A copy of the draft of the new code was unveiled last week copying much of a similar code that aims to promote investments led by the private sector in Morocco.

Algerian officials say the new code is tailored to facilitate investments by Algerians and foreigners alike in a country which has been shunned by investors due to its archaic investment climate.

The new law provides for fiscal measures only for large scale investments which are impossible to make in a state-dominated economy with an underdeveloped financial sector.

In the most recent versions of the Doing Business Index, Algeria was ranked as one of the most-unfriendly investment destinations on par with war-stricken countries like Iraq and Syria.

In 2022, Algeria was ranked the 185% least economic free country in the Economic Freedom Index, established by The Heritage Foundation, an American public policy think tank based in Washington, DC. Algeria only outperformed war-ravaged countries such as the Central African Republic.

The lack of political and monetary stability is another major issue that makes Algeria a very risky investment destination. The new law will not stop the devaluation of the dinar, amid the recurrent resort to money printing by the central bank to deal with the fiscal deficit.

Algeria has dragged its feet for long on economy diversification and failed to liberalize the economy. Investors who made the risk to set up plants in the country have already left or planning to do so, including Renault mini-factory in the country which was designed to produce 50,000 vehicles annually and ended up producing 5000 only amid restrictive measures on importing car parts.

The political instability stoked by a military regime ruling and its repression against peaceful protesters add to the unfriendliness of Algeria to foreign investments.

Algeria can copy and paste Morocco’s investment code. But to match its neighbor it needs years of hard work to improve its business climate and empower its private sector as well as reforms to reassure foreign investors.