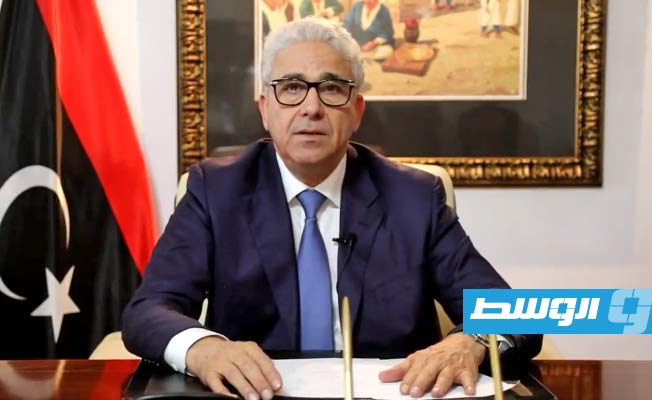 Fathi Bashagha, one of Libya’s rival two Prime Ministers, has arrived in capital Tripoli three months after his appointment by the country’s legislature amid resistance from his foe Abdulhamid Dbeibeh who has refused to cede power.

The press office of the former Interior Minister said Bashagha arrived in the early hours of Tuesday, accompanied by his ministers and was preparing to begin his government’s work from the capital.

The Nawasi Brigade, a militia positioned in the capital, welcomed Bashagha’s arrival in the Libyan capital, Al Wasat reports.

“In these pivotal and historic moments in the life of our beloved country, the Eighth Nawasi Force congratulates the Libyan government headed by Mr. Fathi Bashagha on entering the capital, Tripoli, to officially begin its work,” the brigade said in a statement.

The brigade added that it would provide “full support in all possible ways to advance the country and move it towards permanent stability.”

The arrival of the stability government prompted clashes with rival armed group, according to AFP.

Dbeibeh’s administration has not commented on Bashagha’s entry yet but the businessman turned politician had vowed to repress any attempt to take control of government buildings.

The House of Representatives, HoR, handpicked Bashagha in February in replacement of Dbeibeh whose term, it claimed, came to an end on Dec. 24; the day the country missed the opportunity to organize presidential elections.

Upon resistance from Dbeibeh, Bashagha chose Sirte as the seat of his government and proposed a draft budget of $20 billion to run government affairs.

North Africa Post's news desk is composed of journalists and editors, who are constantly working to provide new and accurate stories to NAP readers.
NEWER POSTMorocco to operate 20 desalination plants by 2030
OLDER POSTWorld Bank: Remittances to Morocco surge 40 % in 2021