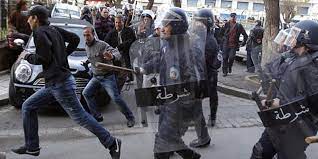 In its annual report on global human rights situation, the State Department denounced arbitrary arrests and detention of political prisoners, citing credible reports of torture, inhuman and degrading treatment of Algerian opponents by members of the security forces.

The document deplored the lack of judiciary independence and substantial interference with freedoms of peaceful assembly and association, including squelching a resumption of the Hirak and overly restrictive laws on the organization, funding, or operation of nongovernmental and civil society organizations.

It denounced unlawful interference with privacy, the use by Algerian security services of electronic surveillance of a range of citizens, including political opponents, journalists and human rights groups.

During the past year, Algerian authorities continued to use antiterrorism laws and restrictive laws to clampdown on freedom of expression and public assembly to detain political activists and outspoken critics of the government.