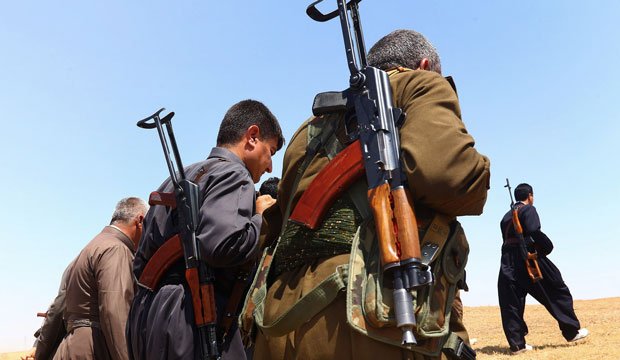 What the Fall of Mosul Means for the Kurds? 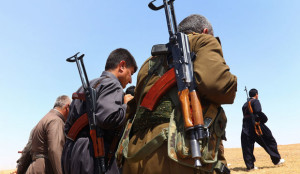 The Kurdistan Regional Government (KRG) sees new opportunities in the mayhem prevailing in Iraq. The fall of Mosul on June 10 to the Islamic State of Iraq and Syria (ISIS) propelled a humiliating retreat of the US-equipped Iraqi army from several key cities north of Baghdad including Baiji, home to the Iraq’s largest oil refinery and the multi-ethnic city of Kirkuk. In the face of ISIS blitzkrieg advance, the Kurdish Peshmerga immediately occupied the border posts deserted by the Iraqi security forces (ISF) and expanded, in a couple of hours, the KRG’s control over Kurdish-majority areas notably the city of Kirkuk and the oil fields around it as well as other strategic areas around Mosul. These annexations increased KRG territories by 40%. With such gains, the Kurds have made a significant step towards their decades-long quest for independence.

Kurdistan Iraq, Independent in All but Name

The Kurds, who endured genocide and ethnical cleansing under Saddam’s regime, have been strengthening their self-rule from Baghdad since the establishment of a no-fly-zone in 1991 in an area that became ruled by an autonomous Kurdish Regional Government. With the fall of Saddam’s regime, the Kurds shifted their weight to Baghdad and helped maintain Iraq’s unity while insisting on the federal character of the state. Now, the KRG is independent in all but name. It has its own President, parliament and security forces and it issues visas to foreign visitors and residence permits to Iraqi citizens. The budget remains the only area where Baghdad has strong leverage over the KRG. Under the current federal revenue sharing scheme, the Kurdistan region receives 17% of the federal budget, although the KRG complains it has been receiving only 10%.
To reduce their economic dependence on the federal government in Baghdad, the Kurds capitalized on the stability and the attractiveness of the business environment in their region luring oil giants such as Exxon Mobil, Chevron, Gazprom and Total. With proven oil reserves estimated by the International Energy Agency at 4 billion barrels, the Kurds moved to take full control of the hydrocarbon resources in their territories by completing an oil pipeline in late 2013. As of January, they started pumping oil to Turkey’s port of Ceyhan to be sold in international markets. The KRG’s decision was denounced by Baghdad as oil smuggling and a violation of Iraq’s sovereignty.
The constitutional dispute over oil between Baghdad and Erbil was exacerbated by the lack of a hydrocarbon law. In response to the unilateral sales of oil by the KRG, the central government retaliated by upholding the KRG’s share of the federal budget, A move that resulted in salaries being unpaid to employees in Kurdistan further alienating the Kurds. Baghdad also filed an arbitration request against Turkey at the Paris-based International Chamber of Commerce.
Oil enabled the Kurds to create a mutual strategic interest with Turkey. As post-2003 Iraq is clearly not a player in the region, but rather a boxing room for Iran and Gulf States, Turkey is eager to gain more leverage in Iraq. Turkey’s strategic shift towards the Kurds in Iraq can be explained in its desire to secure oil and gas resources. As Turkey represents the only escape route for Kurdish oil, the KRG are giving up on pan-Kurdish ambitions. While they enjoy large self-rule, the Kurds in Iraq deny the same right to autonomy to other Kurds in Turkey and Iran whom they urge to engage with their respective regional governments. In Syria, the KRG urged the Kurds to act as part of the Syrian opposition.

Prior to the fall of Mosul, the Kurds threatened to hold a referendum on independence if no deal was reached with the central government regarding a range of issues such as oil, the status of the Peshmerga forces and the status of the disputed territories. Kurdish demands for a more federal state were at odds with Maliki’s policies favoring a strong centralized state. Maliki authoritarian rule and his firm grip on power as well as his personal use of Iraq’s large security rang the alarm bill for the Kurds. In such a context, the capture of Mosul by ISIS dealt a heavy blow to Maliki and enabled the Kurds to seize Kirkuk and large swathes of disputed territories.
Now, the KRG is in a strong watch and see position. The Kurds, who do not see themselves as part of the Sectarian conflict in Iraq, rejected the calls by the central government to deploy in non-Kurdish areas to help quell ISIS and other Sunni insurgents. On the other hand, ISIS have avoided a confrontation with the Peshmerga who make a more cohesive fighting force compared to the Iraqi army. If ISIS manages to defeat Maliki’s government, the Kurds will go on their own and leave Iraq, to which they feel forcibly attached by the British Empire in the wake of WWI. If Maliki stays, the Kurds will be in a stronger position as they already have control over Kirkuk and oil-rich areas around it.
For the Kurds, a return to status quo ante seems impossible as Iraq is undergoing the beginning of dismemberment process. After having built their own oil pipeline and captured Kirkuk and other oil-rich disputed territories, the KRG completed two missing pieces in their independence puzzle.