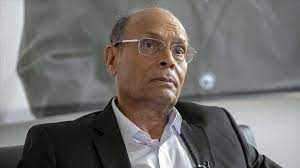 Moncef Marzouki, ex-Tunisian President, has urged lawmakers of the dissolved parliament to resume their activities and rise up against President Kais Saied, Tunisie Numerique reports.

“It is your national duty, in honor of our martyrs on this solemn anniversary, to resume your activity and isolate the putsch as soon as possible and not to accept to appear before officials whose bosses are supposed to appear before your parliamentary committees of inquiry (…).

“What must be combined today is the strength of legitimacy represented by the Parliament and the power of the street represented by all Tunisians to overthrow the coup and return as soon as possible to build a state of law and institutions to serve a people of citizens (…),” he said in a Facebook post.

This comes as the North African country is set to mark on Saturday April 09, 1938, when 22 Tunisians were mowed down during a protest demanding the establishment of a parliament under the French rule.

Marzouki’s call is taking place amid high tension between Saied and the lawmakers.

The Tunisian President dissolved last month the parliament but stopped short from calling early elections. The move came in reaction to a plenary session held online and which voted for a draft law cancelling all presidential decisions taken since July 25.

On July 25, Saied suspended the parliament in addition to lawmakers’ immunity. He also seized the executive power.

121 lawmakers of the suspended parliament held an online session on March 30 in defiance to Saied. 116 of those present at the plenary voted in favor of a draft law overturning all presidential decrees.

Following the session, 30 of the participants were questioned and put under investigation. They face charges including plot against the state and death penalty if they are found guilty.

Marzouki, who has been very vocal against Saied that he has branded apprentice dictator, has fled the country and has been sentenced to four years in prison on treason charges.