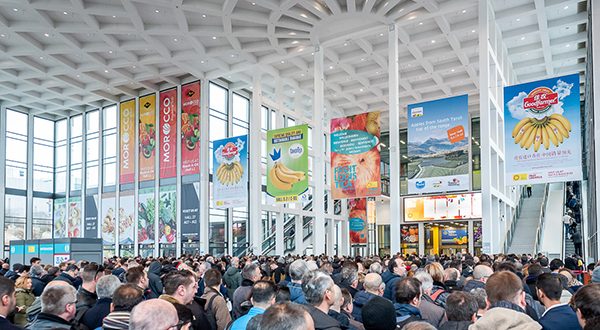 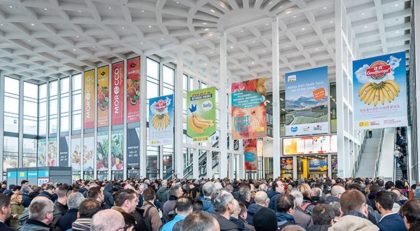 A group of Moroccan fruits and vegetable growers is taking part in the 2022 FRUIT LOGISTICA trade show which opened doors this Tuesday in Berlin with the participation of 2,000 exhibitors from 87 countries.

The three-day event is an opportunity for Moroccan producers to showcase the great potential and high quality of Moroccan fruits and veggies which are very popular among European shoppers.

The trade show, which is offering entire value-added chain, provides Moroccan exhibitors a platform to meet potential buyers and learn about latest innovations and trends in fruits & vegetables cultivation, packaging, and transportation, as well as the effects of global warming and the digitization of agriculture.

Participants are also expected to discuss the impact of the Russia-Ukraine war on the global fruit trade as supply chains are already under pressure.

As a result of this war, UK fruit and vegetable growers are scrambling to recruit seasonal harvesting workers from countries including Morocco and Mongolia after Ukrainians, who made up most of last year’s recruits, were prevented from coming because of the situation in their country.

Some 67 pc of almost 30,000 people recruited under the seasonal workers’ scheme in 2021 came from Ukraine, after Brexit ended free movement to the UK from the EU, previously the main source of farm labor.

According to experts, the fruits & vegetables market in Morocco, which is expected to grow by 2.24 pc in 2022, is driven by government initiatives launched in support of agribusiness.

The sector in Morocco has been experiencing steady growth over the years and is expected to continue growing but significant water stress might affect its performance.

The rising global population and the subsequent increase in the demand for food are driving the growth of the agricultural sector, which, in turn, is resulting in a growing demand for fresh fruits and vegetables.