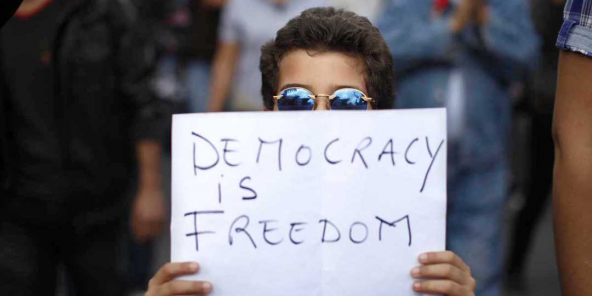 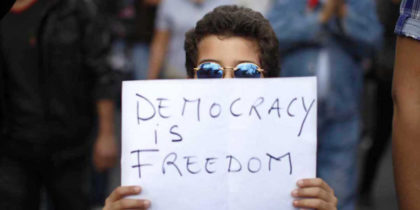 The Biden administration has voiced concern over Tunisia’s democratic trajectory and stressed the importance of an inclusive political and economic reform process that gives civil society a strong voice.

In a press release issued by the U.S. State Department following the visit Under Secretary of State for Democracy and Human Rights Uzra Zeya paid to Tunisia on March 23-27, Washington called for strengthening democracy in Tunisia and implementing an inclusive political and economic reform process, in coordination with political parties, unions, and civil society.

The Under Secretary called for the respect of human rights, including freedom of expression and association for all Tunisians, as stipulated in the Constitution and International Covenant on Civil and Political Rights.

She also underscored that an independent judiciary is key to a strong and healthy democracy, and urged the government to cease trying civilians in military courts and prosecution of individuals for peaceful freedom of expression.

The Under Secretary visited Tunisia’s Independent High Authority for Elections, where she stressed U.S. commitment to free and fair elections and support for this key democratic institution to fulfill its constitutionally mandated role to run the upcoming referendum and parliamentary elections.

In an Op-Ed published lately by the U.S. online newspaper THE HILL, Gordon Gray, a professor of practice at Penn State’s School of International Affairs, said the U.S. can no longer ignore the Tunisian people’s fight for democracy.

Washington should “stand for the rule of law in Tunisia and act. Tunisians deserve no less”, stressed Mr. Gordon, who is also a nonresident fellow at the Center for American Progress and at the Institute for the Study of Diplomacy at Georgetown University.

He was a career Foreign Service officer who served as U.S. ambassador to Tunisia at the start of the Arab Spring and as deputy assistant secretary of State for Near Eastern Affairs.

He made the comment after President Kais Saied issued a decree replacing the Supreme Judicial Council and giving him the authority to fire judges. Saied assumed all legislative powers in his decree, which gave an official veneer to a July power grab in which he suspended parliament and fired the prime minister.